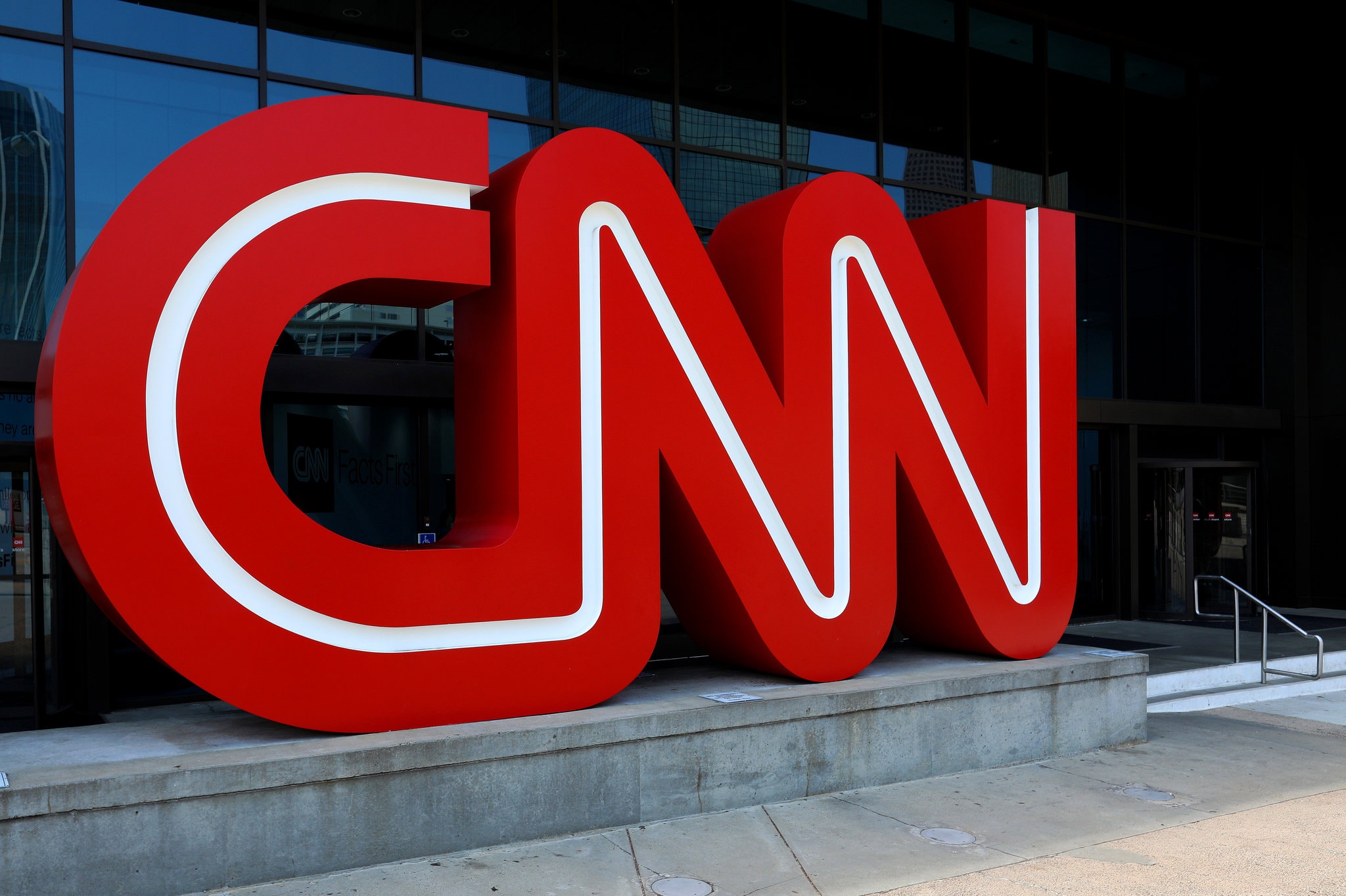 Who will buy CNN’s digital lies?

The American-based, global cable network, CNN has suddenly found itself in the jungle of Nigeria’s muddy politics. It can hardly be admitted that ordinarily, CNN would have been interested in covering the affairs of Nigeria with such passion. CNN only enjoys advertisement funds by reaping from the fortunes of some of Nigeria’s multi-national companies.

The medium claimed state authorities are shielding the culpability of soldiers and the police in the Lekki shootings and the killing of unarmed protesters. Yet, CNN was absent-minded and stabbed itself by claiming, it found evidence of bullet casings at the scene of the protesters clash with security agents.

So, the state authority which has positioned itself to “cover up” the Lekki killings, would still be foolish enough not to clean-up any trace of evidence, nearly a month later? Some organizations are peopled by disingenuous liars.

But firstly,CNN knew, the Lagos State Government has set up a Judicial Panel of Inquiry to probe the Lekki Toll shootings, which has commenced public sittings to establish the truth of the incident. But CNN rudely and disrespectfully, damned it. It did not concern itself with reporting the proceedings of the probe panel.

Rather, it initiated a fresh media investigation into the Lekki incident, with the least consideration of its pre-judicial implications on the probe panel. As if this betrayal was not enough slap on the faces of Nigerians, CNN further went ahead to fabricate and twist the reports, contradicting itself in multiple instances.

What is more astounding is CNN’s diabolical and satanic imputation of the word “massacre,” into the criminally contrived #EndSARS protests? In CNN’s embarrassingly unprofessional documentary of the #EndSARS protests, it showed dim and blurred video footages it collected from the same mouthy accusers of soldiers on the Lekki incident and fronts of divisive forces in Nigeria. The videos jerked and paused intermittently, an overt indication of mischievous doctoring of the contents to achieve a defined objective.

The CNN accomplished its mission in Nigeria by imposing its judgment on the probe panel members like supreme deities on their subjects. It also attempted to force its superior verdict down the throat of the Federal Government of Nigeria and the world.

The CNN narrator, Nima Elbagir disclosed on the #EndSARS protesters, “But on October 20, these protests turned deadly, as the Army and Police moved in on unarmed civilians. The Nigerian Army has called allegations that it fired into the crowd, “fake news” and told a judicial panel of inquiry that it did not shoot at any civilian; but a new CNN investigation can reveal this is not true.”

The CNN’s audaciously predetermined verdict from their claimed “investigation” rather portrayed it as a CIA or FBI agent or a court of law. And it is certainly, nowhere near journalistic engagement. It is the greatest defect of the documentary.

This is further compounded by opening cue of the videos in which chorusing voices were followed by “sounds of gunshots and the chants of #EndSARS, #EndSARS;” and suddenly, background voices energized it by shouting, “they’ve killed him, they’ve killed him.”

The CNN narration disappointingly and unprofessionally boomed another voice of judgmental condemnation by consciously repeating a rehearsed script; “the Nigerian government denies this happened, a peaceful protest turned deadly.” Thereafter, nothing in the videos presented a fresh evidence of CNN’s investigation outside the recycled, thrashed and discredited video footages to contradict the Government.

It is sad that CNN would condescend into Nigeria’s messy potpourri of politics in reportage. But it has been CNN’s trademark these decades. Many still reminisce how CNN circulated untruthful reports about Libya and Iraq. It contributed tremendously in dethroning their leaders, as the reports plunged the two countries into years of horrific wars.

The Cable network adopted the same approach in Nigeria to precipitate crises, endanger the corporate existence of the country to give the Nigerian Army and the President Buhari administration a bad name. The report is nothing more than CNN’s usual propagandistic stunts, poorly crafted, but has potently destroyed many other countries receptive to it.

Stephanie Busari is the lead correspondent in that report. Her preference for the PDP Presidential candidate in the 2019 elections is not hidden, looking at the many interviews she was granted by him prior to the general elections. Her hatred for the current administration is obvious too. And the jubilations in the aftermath of the distorted and discredited CNN’s report on Lekki resonates more loudly in this camp because they believe the digital lies of the cable network.

If not, why will Busari be relying on amateur video footages to concoct her report? Unfortunately, a few Nigerians tend to accept and swallow anything sold to them especially, by the Western media without deciphering the intended motive.

From the CNN report, there is no new evidence or videos showing that the Nigerian Army truly “massacred” unarmed Nigerians. All that Stephanie Busari and her colleagues have done is to spin the collection of videos to suit their designed narrative. The truth still remains that the Lekki shootings as reported by CNN is filled with the same counter claims that have been proven to be starved of facts and truths. Its balderdash for CNN to claim the Army shot protesters at close range for seven hours yet, come back 29 days later to give only two names of casualties, after admitting 38 killed in its earlier reports.

Imagine shooting for several hours, live rounds of ammunition at protesters who were over 2000; no one is talking about hundreds of casualties? Just imagine, a group of soldiers opening fire on thousands of people lined up in front of them and no one found a trace of littered corpses and a river of blood at the Lekki toll gate. There is even no record of a stampede from the videos circulated by CNN to indicate a mob frightened by state forces. Nigerian soldiers must be the worse shooters in the world and thanks to CNN for showing Nigerians how “bad” their soldiers can shoot.

DJ Switch, the #EndSARS “heroine” had insisted that she and the other protesters took so many dead bodies and laid them before their shooters at the toll gate. But in the said CNN report, there is nowhere that she is heroically shown packing the claimed 7-15 dead bodies to the feet of soldiers. The CNN gave no proof and the videos did not show any direct shooting that captured the protesters falling in their numbers.

Why is CNN showing the world the same tissue of lies that DJ Switch recorded? Neither the people alleged to have been massacred at Lekki toll gate appeared in the videos, nor the massive wounded individuals that were allegedly displayed on DJ Switch’s live Instagram video. Maybe, because the CNN knows a rationally informed audience would ask how high caliber bullets they claimed were shot directly at the protesters, inflicted no injuries. Indeed, there was a massacre without dead bodies? This CNN report is the best Nollywood movie script in 2020.

An as a reputable media organization as the CNN claims to be; did their investigative team really conducted an independent investigation or they are satisfied with the video clips the unpatriotic DJ Switch, the fronts for divisive forces in Nigeria shared? The same CNN which identified only two deaths in its mischievous report of November 18, 2020, had on October 23, 2020 claimed the Army killed 38 people at Lekki.

How did the number of casualties drop suddenly to only two? Who then is deceiving who here? Why some Nigerians believe anything wester media churns out? Indeed, the CNN must have taken Nigerians as dummies to even think that the people will accept this without questions.

Let CNN desist from using their popularity to turn Nigeria into another Iraq or Libya. And for those unpatriotic Nigerians celebrating the handiwork of the enemy, they must have a rethink because war is not good for any country and its citizens. Again, those working behind the scenes to turn Nigeria into a crisis zone will be caught by nemesis soon.

The commercialized CNN report actually did not show anything new to Nigerians or the world. All they have shown is what had previously surfaced on the internet and it has been in public domain overtime. President Trump was indeed right by labelling CNN as purveyors of fake news, as it is much clearer to everyone now.

Goulding wrote this piece from the United Kingdom.