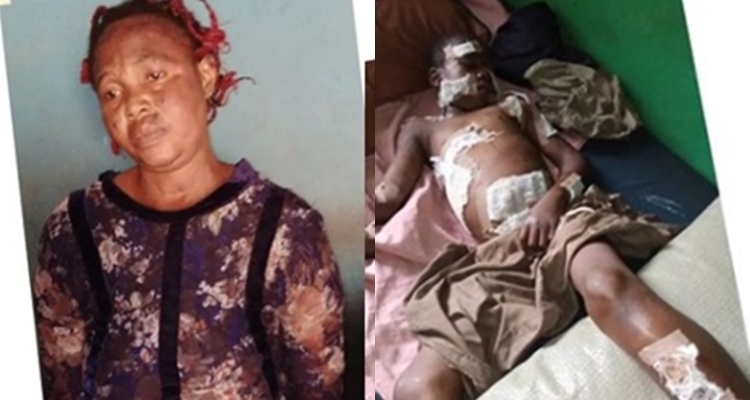 A 40-year-old housewife, Iswat Taofeek, has been apprehended for allegedly dehumanizing a 12 year-old-boy living with her in Ogun state.

According to the Ogun State Police command Public Relations Officer, Abimbola Oyeyemi, the suspect was arrested on Monday, November 24,2020, following a complaint by one of her neighbors that the Iswat had inflicted injuries on the victim who is her brother-in-law’s son, with a hot knife and cutlass.

Upon interrogation, the suspect explained that she kept the sum of #5,000 somewhere in the house but couldn’t find it and she believed that it was the boy who stole it and that was why she put a knife on fire until it was red hot before she used it to burn the little boy all over his body.