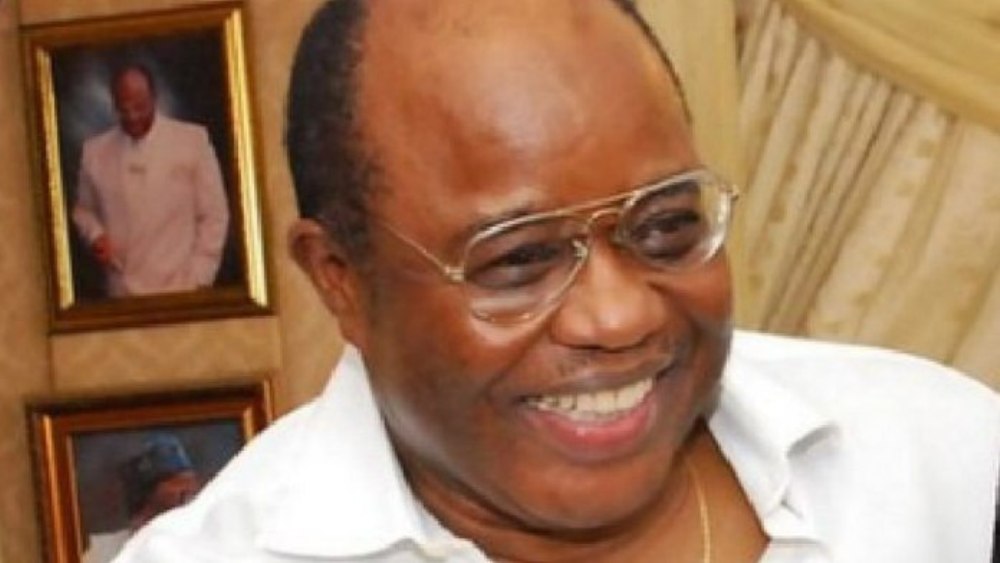 By Adebiyi Ashimedua On Dec 5, 2020
224 FacebookTwitterWhatsAppReddItPinterestEmailLinkedin

The billionaire businessman died in the early hours of today Saturday, December 5 after a brief illness.

Late Akande who is described as one of the richest men in Nigeria was the chairman of Akande International Corporation (AIC) with interest in healthcare, engineering, building construction and power. He was also a one-time presidential aspirant on the defunct All Nigeria Peoples Party (ANPP) platform.

He is survived by his children including Olumide, his son who is married to actress Dakore Egbuson-Akande.

A statement released by Olumide announcing his father’s passing reads

In the early hours of Saturday December 5, 2020, our patriarch Chief Harry Ayodele Akande passed away following a brief illness.

Chief Harry Akande was an astute businessman of international repute whose legacy and influence cut across continents.

But by far his greatest passion was for a better Nigeria that guaranteed equity and justice for all. It is our fervent hope that this will be a reality in the not too distant future.

His passing is a huge shock to his immediate & extended family, friends & associates. We are all grappling to make some sense of it.

As we seek the repose of his gentle soul, we ask you to in turn to uphold us in your prayers while we pass through this very turbulent period of our lives occasioned by the loss of someone as dear as him.