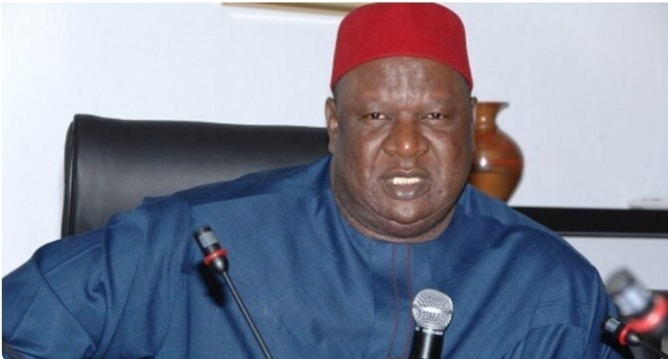 Anyim: The time for Igbo presidency is now

Former president of the senate, Anyim Pius Anyim has stated that it is time for the south-east to produce the next president of Nigeria.

The South-east is a part of the country, Nigeria which comprises majorly the Igbo.

Recall that several groups including Ohanaeze Ndi Igbo, apex Igbo socio-cultural organisation have been canvassing for a president of Igbo extraction in 2023.

This statement was uttered by the former senate president while delivering a lecture at the 6th World Igbo Summit at Gregory University, Uturu, Abia state on Friday.

Anyim said those calling for Igbo presidency should put in more effort.

“The journey to building an equitable society is usually challenging and rough, but many nations have arrived safely from this journey. It is, therefore, my position that those who posit restructuring have a point but should work harder to secure national consensus to make it possible.

“Also those who advocate for president of Nigeria of south-east extraction should diligently and boldly pursue it for the time has come, and the time is now. It is, therefore, my considered view that the present-day political interest of the Igbos of the south-east geo-political zone is to attain the presidency of Nigeria come 2023.”

Anyim, who served as secretary to the government of the federation under former-President Goodluck Jonathan, said Igbo presidency is neither an entitlement nor a gift. He recommended that in engaging with other zones, the tone must reflect negotiation and not antagonism.

“It must be one of friendship and not disdain or disrespect. It must show our willingness to enter into an enduring and lasting relationship for long term interest of all the parties,” he said.

He added that the task is achievable if approached collectively.