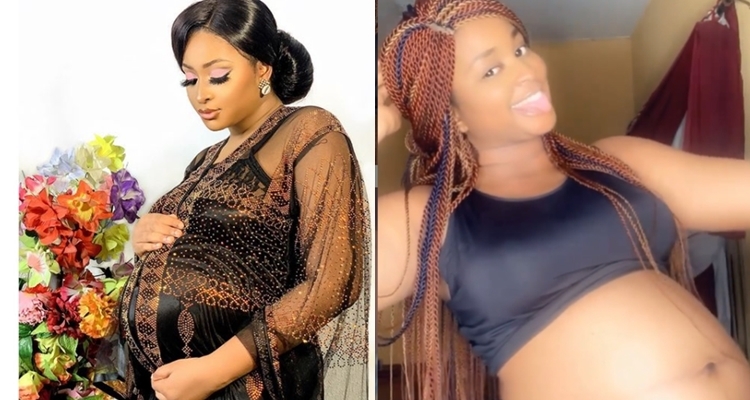 Sharing the elated news on social media, she described the birth of her baby as the best gift she has received this year.

“This year, I received the best gift ever…..The Gift of Motherhood 👶🏼
I am eternally grateful to God 🙏🏽
#GratefulHeart #YummyMummy

“My joy is complete

In an interview, earlier this year, Etinosa Idemudia revealed that she has stopped worrying herself about marriage or the kind of man she would spend the rest of her life with.

“A lot of men look and talk as if they are ready for commitment but turn out to be jokers. And the ones that look like jokers sometimes turn out to be for real. So, I’m really not looking for a particular trait (in a man) because this thing has no manual. I don’t even know if I would end up with an entertainer like me. Who I marry is in the hands of God. It’s not by occupation, tribe, or religion. If God says he’s the one, it will happen. I have stopped racking my head over such things.”

The Edo State-born actress also cleared the air on the statement she recently made on social media asking the police to always arrest Internet fraudsters alongside their girlfriends. “A lot of people forget that I am a comedienne first before an actress. I make funny videos using my alter ego, Esohe, a typical Benin girl from a village in Uselu. It is an act just for humour. I can’t help those who take it seriously. I wouldn’t even know if a fraudster had wooed me. They don’t write Yahoo boy on the forehead.”