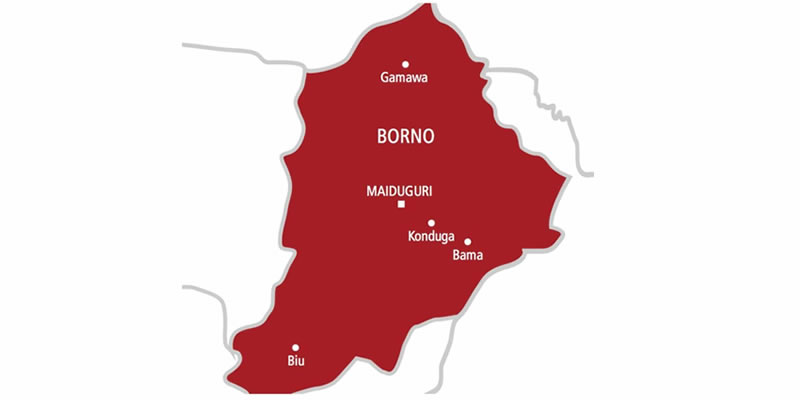 How John Campbell lied about security in Northern Nigeria

Northern Nigeria is at the cusp of a new era. It is caught in that moment of separation between a gloomy past and the imminence of a bright future. Those who choose to look at the past would see the gloom that shaped an unfortunate era worsened by lack of capacity in leadership; while those that choose to look at the present would see the rising sun of a beautiful new beginning.

American journalist, John Campbell, betrayed his calling as a writer, when he failed to confront the present while doing a report on the security  situation in Northern Nigeria but chose to dwell in the past.

Campbell’s published report entitled, Darkness in Northern Nigeria, indicated that the writer was conspicuously missing when he was supposed to deconstruct the fable woven around happenings in Northern  Nigeria with his mandate as an investigator; it showed that he only chose to go with a mob mentality and relayed a forlorn tale being told in years gone by, as the current security situation in Northern Nigeria.

I can bet my last penny that Campbell did not go close to many of the areas he reported on but relied mainly on stories from old newspapers and internet junk sited to put out his report.

Since he has failed in his task as a journalist to confront fresh facts and new realities,  I consider it incumbent on me to report the true situation of things in Northern Nigeria today and I dare Campbell to contradict the facts I’m going to put out.

Campbell, in his report lied that there are signs that the Nigerian army and the police have continued to fail to meet the security needs of the Nigerian people and often turn toward repression.

He said in November, the Chief of Army Staff, Lt.Gen.Tukur Buratai called on troops to put themselves in a “war mode and that he obtained an internal army communication  where Nigerian soldiers were exhorted to treat all individuals in places where Boko Haram is active as suspected jihadists until they are properly identified and claimed that by this, the door has been opened to yet more human rights abuses by the security services.

There is however no one leaving in the Northeastern part of Nigeria that can claim that the Nigerian Army and police have failed in providing security to the people of the region as reported by Campbell. This is because it’s simply not true.

In the middle of this year, for instance, several independent groups working in the Northeast of Nigeria, have reported how the Nigerian military have freed hundreds of communities from constant harassment and attacks by the insurgents. Campbell, in his fictional report did not find out that about 20 local governments in the three states of Adamawa, Borno and Yobe were overran and taken over by insurgents prior to the coming of the President Muhammadu Buhari led administration.

He failed to discover that since all the local governments and communities were liberated through sustained military operations, that no Nigerian territory has again fallen to the insurgents since 2015!

On the claim that the Army Chief is trying to goad the Army into human rights abuses by asking soldiers to be vigilant, Campell seemed not to be aware that the Nigerian Army is one of the highly professional in Africa.

He did not realise that for an asymmetric war that has lasted over 10 years now, the Nigerian Army has conducted itself with high sense of discipline and professionalism that it is being commended the world over for the least number of civilian casualties and for observing rules of engagements even while fighting a murderous group like Boko Haram who have shown no mercy to security agents or the civil populace. The military has even been criticised for accepting surrender from insurgents.

The growing military- civil relations is why communities go out of their ways to request military presence around them and even come out to applaud troops when they see them.

This wouldn’t have been the case if the military have shown tendencies of harassing civilians as Campbell claims.
Campbell relied on a contrived statement by an amorphous group called the Coalition of Northern Groups (CNG), to buttress his claims that the Nigerian military is failing.

He reported that the group is calling on local communities to defend themselves against Boko Haram and “bandits” because the Buhari government is failing to protect them adding that the group said “northern Nigeria has been abandoned at the mercy of various insurgents, bandits, kidnappers, armed robbers, rapists, and an assortment of hardened criminals,” with a “huge vacuum in the political will and capacity of government to challenge” such violent actors.

But Campbell failed to mention the numerous groups that have commended the Nigerian military for the success of the fight against all those crimes he mentioned.

Within the last one month, no less than 15 verifiable groups have commended Nigerian military for their various operations.

Again, Campbell claimed that around Nigeria, numerous state governors are organizing and supporting informal militias, which are likely  acting independently more often than in conjunction with security forces.

This is why I make bold to say that Campbell was not reporting 2020 but the situation in Northern Nigeria prior to 2015.

Contrary to his claims that the Nigerian state is losing an attribute of sovereignty and that the government is also failing to fulfill its obligation to provide security for its people, the Nigerian government has proven several times that it is in control and has the capacity to protect citizens.

In March, for instance, during an operation that was carried out in Gorgi, Damboa local government of  Borno State, more than 100 Boko Haram insurgents and their top commanders were killed.

In April, Nigerian troops also killed 105 insurgents in confrontation at a town called Buni Gari with remnants of Boko Haram and ISWAP that attempted to infiltrate the village. They captured  five AK-47 rifles, three GPMG, one Duska anti-aircraft gun, one PKT gun, two handheld radio, while one terrorists’ gun truck was destroyed and several ammunition and ammunition links, two hand grenades, two magazines with ammunition and assorted hard drugs in that operation.

When the Army launched Operation Kantana Jimlan, 78 members of ISWAP and 56  Boko Haram members were killed.

Nigerian troops also arrested 28 informants of the groups and recovered lots of ammunition from them.

In an operation on the Timbuktu Triangle and another artillery engagement in Buk,  Damboa LG of Borno State, Nigerian troops killed134 number of Boko Haram and ISWAP terrorists.

Between March when Lt. General Buratai relocated to the theater of operation and now, Nigerian troops have killed no less than 2000 of the terrorists that the Boko Haram leader, Abubakar Shekau gave an indication that he was considering turning himself in in an act of surrender.

In July, the Nigerian Army, received a big thumbs up over the killing of 8 top Boko Haram commanders and their spiritual consultant when counter-terrorism troops of Operation Lafiya Dole engaged Boko Haram fighters who were attempting to infiltrate an Army Super Camp in Damasak, Borno State.

While items recovered from the Boko Haram include three AK 47 rifles, magazine with 48 rounds of 7.62mm ammunition, one Honda Salon car, one motorcycle, eight bicycles, three mobile phones with multiple SIM and memory cards and five copies of the Qur’an, a letter written in Hausa to the top commander, documents and other logistics.

A report by Andrew Granit,  President, Preventive Diplomacy, United Kingdom, who was in Nigeria earlier contradicts and rubbish the Campbell report.

Granit had reported after his tour of the Northeast that the vigilance, hard work, commitment and the undisguised patriotism of the Nigerian Arny have consistently frustrated the agenda of the ISWAP terrorists.

He said, “Of course, flashes of terror attacks on communities, ambushes of troops in the battlefields and casualties on both sides would continue to occur because of the drowsy and aberrant character of managing terrorism combats and conflicts to its conclusive end.

“However, I am impressed with the courage, bravery and tenacity of the Nigerian Army. Troops in the frontlines have displayed determination, rather than fatigue. “And the counter-insurgency leaders have displayed ideal and focused leadership; it has not flinched from support to troops, which are the greatest psychological weapon a soldier needs in war.” This is the reality and not the imaginary picture painted by Campbell in his highly fictional report.

Sani PhD is a political analyst and wrote from ABU, Zaria.