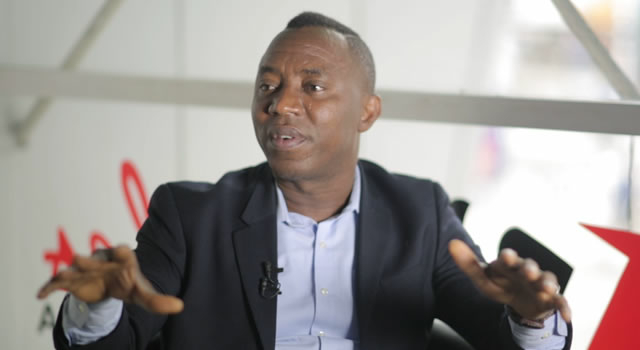 The convener of the #RevolutionNow Movement, Omoyele Sowore, has been reportedly arrested for leading a “crossover protest” in Abuja.

WITHIN NIGERIA learnt that the founder of SaharaReporters and activist, Omoyele Sowore was arrested in Abuja by security operative on a new year day.

According to reports, Omoyele Sowore, and other activists in Abuja who were carrying out a peaceful procession to mark the New Year have been arrested by Nigerian security forces.

The eyewitnesses say policemen suspected to be with the Rapid Response Squad stormed Gudu junction in Abuja, brutalizing Sowore before carting him away with other activists at the location.

A source reportedly said they were taken to Abattoir police station in Abuja, where they are being detained.

Sowore, presidential candidate of the African Action Congress (AAC) in the 2019 election, was allegedly injured by the policemen who arrested him.

“Sowore was particularly singled out for torture by the security operatives, who gave him a bloodied nose before whisking him away,” a source reportedly said.

Earlier, Sowore had in a tweet called for the protest across the country.

“How about a CrossOver Protest/Uprising tonight? Anyone willing to participate? Pick up a candle and a placard showing your grievances against the regime, let’s upload our short videos and photos across our SOcial Media platforms. Let’s welcome the regime to a RESOLUTE 2021!” he tweeted.