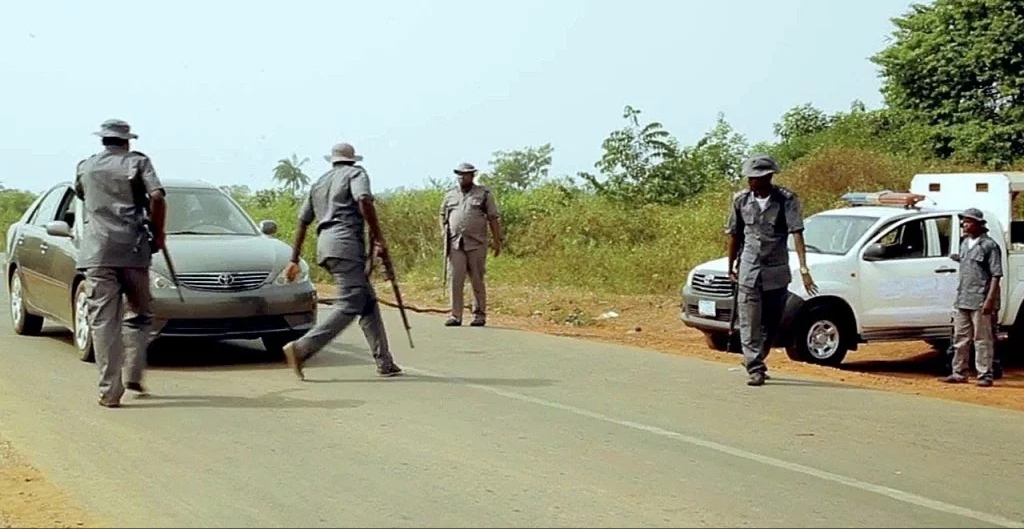 The alleged killing of a youth by men of the Nigeria Customs Service (NCS) on New Year’s Eve has caused tension in Oke-Odan, Yewa South Local Government area of Ogun state.

WITHIN NIGERIA learnt that the customs officers resorted to sporadic gunshots while chasing a suspected car smuggler along Idiroko border road.

It was also learnt that the sad incident led to a riot as youths of Oke-Odan barricaded the international road, causing heavy gridlock.

According to DAILY POST report, the angry youths made bonfires on the road and threatened to engage the NCS officers before they (customs officers) allegedly fled the scene immediately the incident happened.

Reports revealed that all customs checkpoints along the road have been vacated by officers and owing to the gridlock, the journey from Owode to Idiroko which is usually between N250 and N300 has now been increased to N1,200 by commercial drivers.

Despite the cries and lamentations of youths and indigenes of Ogun border communities over the alleged killing of innocent souls by men of the Nigeria Customs Service (NCS), recent activities have shown that there’s no development.

Information has it that innocent youths had continued to lose their lives to stray bullets said to be fired by officers of the NCS Ogun State Command and those of the Federal Operating Unit (FOU).

On Wednesday, youths of Ogun, under the auspices of the National Youth Council of Nigeria (NYCN) took to the street to condemn the killings, saying “enough is enough!”

When DAILY POST contacted the spokesman for the NCS, Ogun 1 Area Command, Ahmed Oloyede, he neither debunked nor confirmed the Oke-Odan killing.

Oloyede promised to send a phone number to our correspondent, but he is yet to do so as at the time of filing this report.

Meanwhile, a group identified as the Assembly of Patriots International has reacted to the killings in Yewa axis of Ogun West.

In a statement, the President of the association, Olasunkanmi Odunlami, while appreciating the youths for Wednesday’s protest

“While commending this courageous move by our youths, we wish to unequivocally call on other stakeholders to speak up by calling-out the economic saboteurs and kingpins involved in this heinous crime against our mother land that has continuously been leading to confrontations between our people and the law enforcement agency.

“To put an end to these killings, there must be collective resolve to name these kingpins publicly and demand that they be arrested and prosecuted. The overwhelming evidence of their trucks loaded with these goods are enough to put them behind bars. We join our youths in calling on both the state and federal governments to promptly intervene in their protest and quest for justice,” the statement read in part.