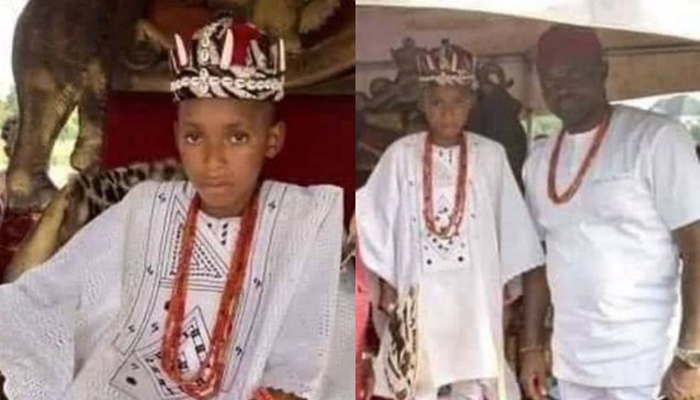 The kingdom of Iyiora, Anambra State Nigeria, has witnessed the coronation of one of the youngest kings ever lived.

This new king is a ten year old boy who took the place of his father, Igwe Akuebisi the Plane one of Iyiora Anam who was the king of the kingdom.

According to a Facebook group known as Igbo Bu Igbo TV , the ten year old boy is considered the youngest king in Igbo land, he was crowned the Igwe Olanma 2 Of Iyiora Anam.

He was coronated as Igwe Olanme II of Iyiora Anam on Thursday, January 7, 2020, after his father was buried last December. He now becomes the youngest king in Anambra State.

Why I can never be 'Obident' - Femi Kuti

2face's management reacts to report claiming he impregnated another woman

People who are genuinely happy are not on social media - Actress, Didi Ekanem