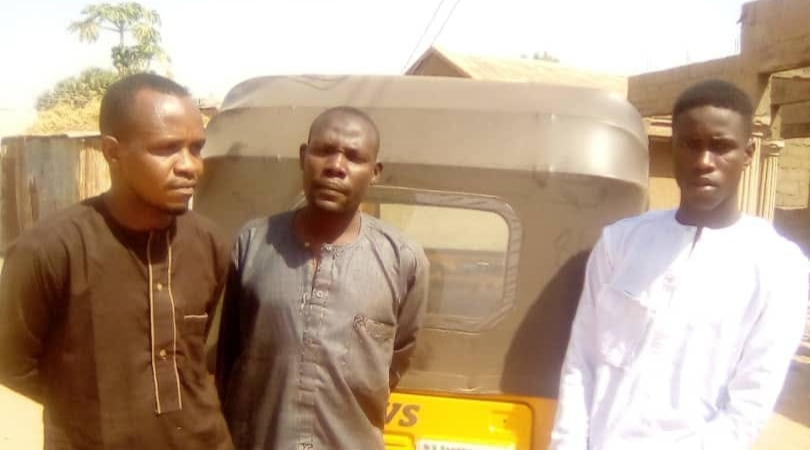 Three members of a notorious gang known as “Shilla Boys” have been arrested by the Adamawa state police command.

This was contained in a statement released on Thursday, January 21 by the police public relations officer in the state, DSP Suleiman Nguroje.

The PPRO said the Shilla Boys syndicate, whose criminal network spread across Doubeli, Chinko and Jambutu in Yola North local government area of the state, has been had been terrorising people with dangerous weapons.

The suspects, Nasiru Umaru, 18, Adamu Muhd, 32, and Babaji Audi, 22, were arrested at Ngurore town and are being investigated in connection to criminal conspiracy and armed robbery.

The PPRO said that on January 20, 2021, the command received information about the suspicious movement of members of the syndicate in a particular hideout situated at a remote area of Ngurore.

“On the strength of that, the Commissioner of police Adamawa state, CP A. A. Alhaji, immediately deployed operatives led by Dpo Ngurore Division and they luckily apprehended all the suspects.” Nguroje said.

“All the suspects will be charged to court as soon as investigations is concluded. The Command will ensure the tricycle will be returned to the actual owner.” he added.