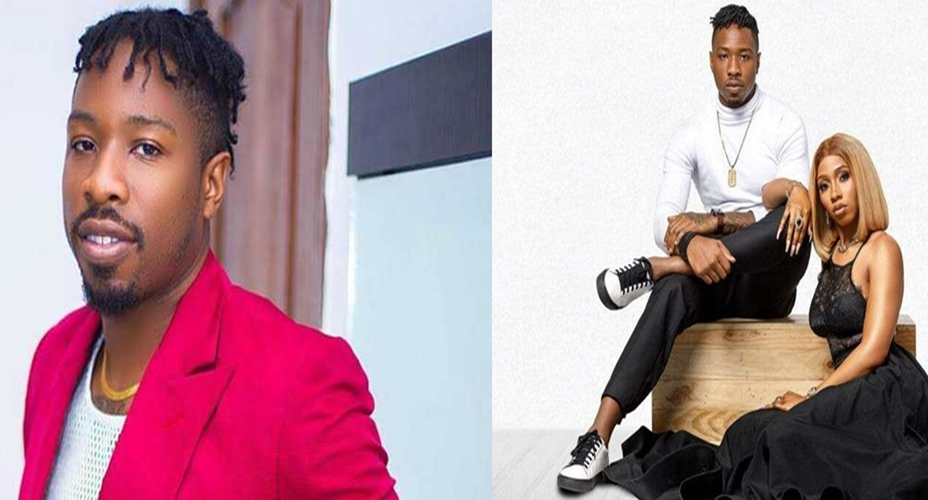 BBNaija’s Ike Onyema reflects on his failed relationship, reveals why he is single

Weeks after breaking up with Big Brother Naija 2019 winner, Mercy Eke, reality star, Ike Onyema is reflecting on his failed relationship and the real reason he is still single.

Recall that Ike and Mercy Eke found love during season 4 of the reality TV show and were romantically linked after the show but broke up the following year.

Taking to his Twitter page on Saturday, Ike said he is currently single because he showed more love in 2020 than he ever received but still feels ‘alright’ over his actions.

He wrote: ‘ #IamSingleBecause I showed more love in 2020 than I ever got back and I’m alright with that.’ 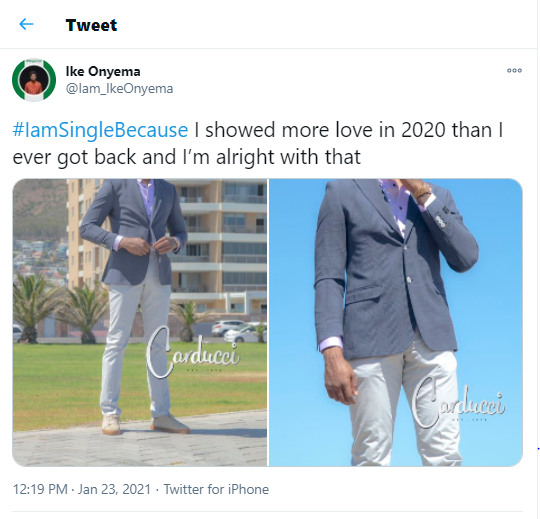