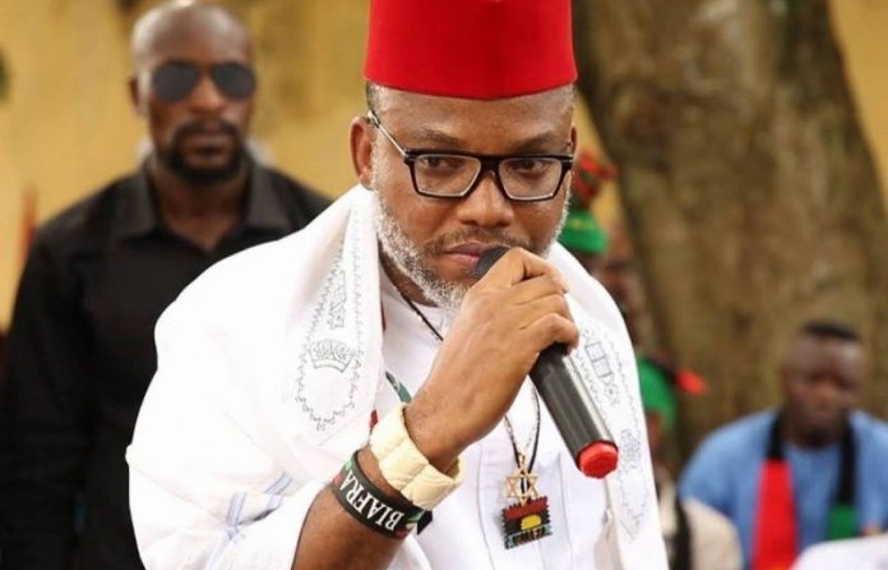 Leader of the Indigenous People of Biafra, IPOB, Nnamdi Kanu, has released a list of 62 prominent Nigerians who are ‘responsible for Nigeria’s current woes’.

Kanu took to his Facebook page, to make the claim, saying;

“Let us not forget former US President Barrack Obama and former UK Prime Minister David Cameron and all members of the Redeemed Christian Church of God,” Kanu’s Facebook post read.

According to him, those people take the full responsibility of what Nigeria has turned into today, owing to the roles they played in kicking out former President Goodluck Jonathan and installing President Muhammadu Buhari in 2015.

The IPOB leader said that those whose villages, cities, or town are currently under siege by Fulani herdsmen should hold these people responsible.

Continuing, Kanu said, “These people went to school [they claim they are educated], many if them are professors. Some claimed to have direct access to God. Some are gifted with ‘prophesies.’

“They were more than 20 years old in 1983 when Buhari shot himself to power. They saw Buhari destroy the economy in 1983. They saw the role Buhari played in Abacha’s government.

“They read all the threats of violence by Buhari against the nation. They saw Buhari harass Lam Adesina the Oyo State Governor due to Fulani herdsmen conflicts with locals in Oyo State.

“They saw Buhari lead the sharia protest that claimed the lives of innocent Nigerians in 2001.

“They saw Buhari and his minions open the gate of hell on innocent Nigerians when he lost the presidential election in 2011.

“If Buhari was not speaking and defending his Fulani heritage he would be fighting to defend his religious heritage.

“Never for once did he defend Nigeria or gave interview on how to rebuild the economy, education, power, health, etc.

“They saw everything this man did. They knew him too well to miss the little details of his violent life.

“But they were united in hatred.

“Hatred for Goodluck Ebele Jonathan. One among the few Nigeria leaders that actually wanted Nigeria to work.

“They danced and made merry in Ojota. They ate, drank and danced away the destiny of a nation.

“But the people did not see the moral paradox because you see – hate is a unifying factor.

“They mobilised thugs to stone a sitting President. They harassed his family wherever they went. Because they are from the hated minority who must NOT be king.

“These are intellectuals. Amongst whom are Pastors and Prophets. Wisdom failed. Prophesies failed.

“WAEC issued a fake WAEC attestation to Buhari. It is possible many Nigerian ‘intellectuals’ are working with fake certificates.” He added.