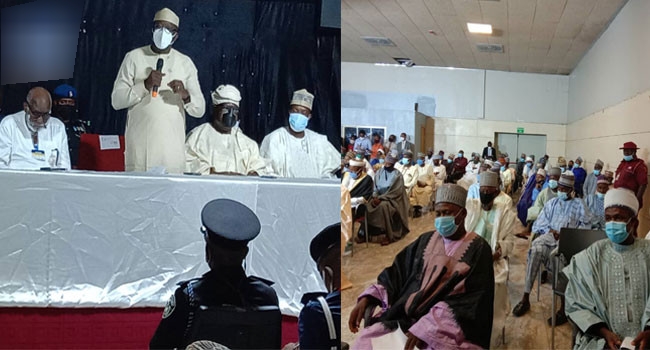 Pictures of meeting between some Governors and the national leadership of Miyetti Allah Cattle Breeders Association (MACBAN) which took place at the International Culture and Events Centre in Akure, Capital of Ondo State have surfaced online.

WITHIN NIGERIA learnt that the meeting was attended by Governors of Ondo, Ekiti, Osun, Oyo, Kebbi, and Jigawa States.

The chairman of Governors’ Forum in his welcome remarks highlighted some issues expected to be resolved.

According to Channels Television report, these include addressing issues of crimes and criminality, the framework of engagement with MACBAN on security; and creating alternative security network like Amotekun.

Fayemi further disclosed that the meeting is at the instance of the NGF and is not planned but necessitated by the exigencies of the present challenges of insecurity in the country. 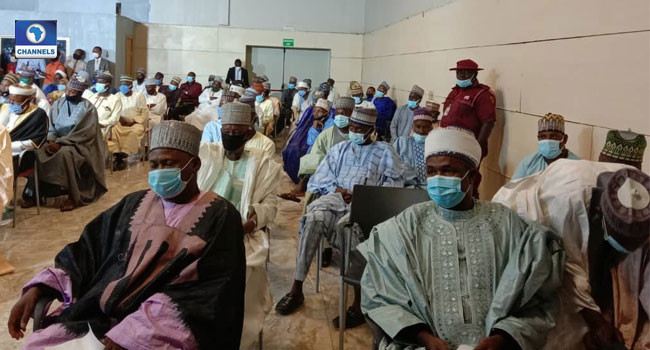 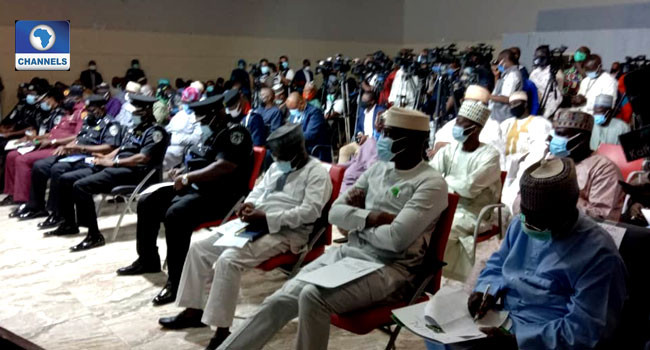 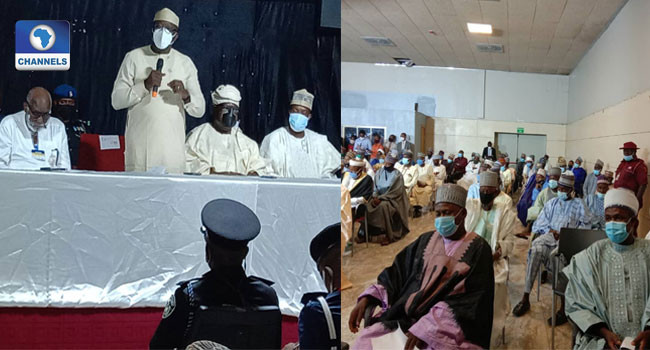