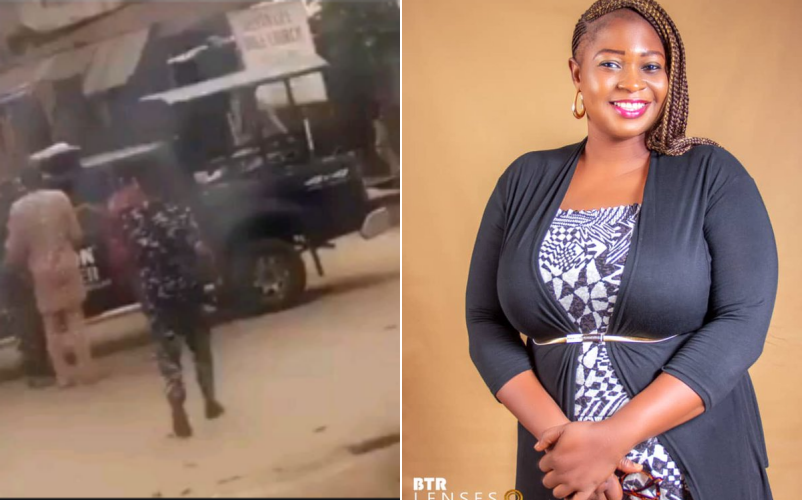 The Federal High Court sitting in Osogbo, on Monday, February 1, awarded N5 million damages against the Nigeria Police Force and the Inspector General of Police over the abuse of a woman, Tola Azeez, in Osun State.

In a video that went viral on social media platforms, some police officers were seen trying to enforce the COVID-19 lockdown in April 2020, when they assaulted Ms Azeez.

According to Abdulazeez, she was on her way to the pharmacy to purchase medicine for her daughter who had a severe ear infection, when the officers accosted and beat her up.

The police force dismissed the officers — identified as Ikuesan Taiwo and Abass Ibrahim — and said they would be arraigned in court over the incident.

To protest the assault, a fundamental human right enforcement suit was filed by a lawyer, Pelumi Olajengbesi, on behalf of Ms Azeez.

This was countered by Mr Olajensgbesi who said the officers carried out the assault during an official assignment as agents of the police force.

While delivering judgement on the case on Monday, the presiding judge, Justice Ayo Emmanuel, resolved the matter in favour of the applicant. He held that the actions of the offending officers in the discharge of their official duties as agents of the police amounted to an infringement of the Fundamental Right to Dignity of Ms Azeez, a liability the Nigeria Police Force must shoulder.

He then awarded the sum of N5 million as aggravated and general damages against the police.

Tola also took to her Twitter handle to react to the judgement.

”Happy new month people. According to the Judgement delivered by Justice Ayo Emmanuel at the federal high court in Oshogbo this morning, a sum of 5 million naira has been awarded to be paid to me by the Nigeria Police force as damages regarding to the brutality meted against me

during the lock down. You all stood for me, you all stood by me. I am grateful. It is not over until it is over. The fight against brutality of all forms have just began. Thank you so much. Tola Azeez.”

Watch the video of Tola being assaulted by the officers below