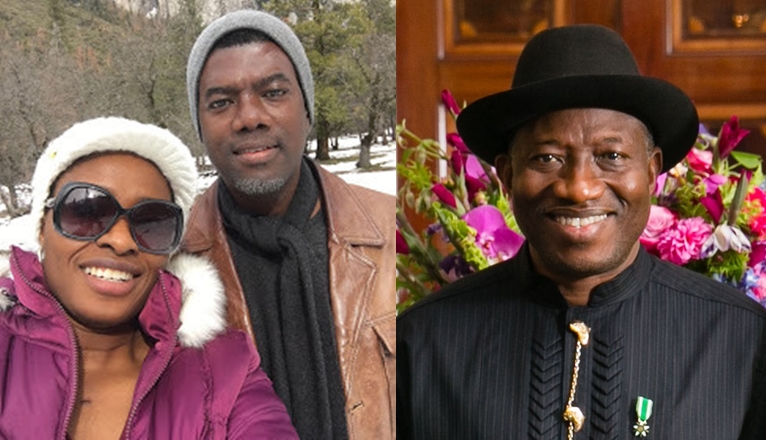 A fourth child, has been born into the family of former presidential spokesperson, Reno Omokri and his wife.

The proud parents welcomed a baby girl who they have named after former President Goodluck Ebele Jonathan.

The news was shared by Vice President Atiku Abubakar who took to Twitter to congratulate Reno and his wife on the birth of their fourth child, revealing that the couple named their baby daughter, Ebele, after former President, Goodluck Ebele Jonathan.

In his congratulatory message, Atiku wrote: “I congratulate @renoomokri and his wife on the birth early this morning of their daughter, Ebele, named after former President @GEJonathan.”

“Reno has always shown a loyal spirit and when he offers friendship, that relationship is solid. I pray that his newborn child will display this virtue that her father epitomises. Once again, congratulations and may Almighty Allah bless mother and child.”

Reno Omokri, who already has three children, two boys (twins) and a daughter, served as the Special Assistant to President Goodluck Jonathan of Nigeria during his tenure.