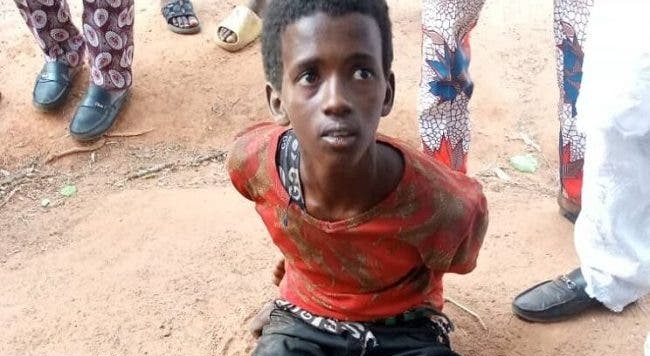 One of the armed bandits terrorising Yagba West local government council has been arrested by security agents in Kogi state.

WITHIN NIGERIA learnt that the six-man gang attacked people along Oke-Ere road of Yagba West and atempted to abduct them when they were engaged in gun duel by the security agents.

Speaking on the development, the Senior Special Assistant on Media and Publicity to the Chairman of Yagba West Local Government Area Council, Mr Toba Abraham confirmed the incident on Friday February 19.

Abraham said the kidnap attempt was foiled by the ‘Special Security Taskforce’ set up by the chairman.

According to Abraham, luck ran against the gang of notorious armed bandits while attempting to kidnap some people along Oke-Ere road of Yagba West when one of the victims who escaped to the nearest bush alerted the Special security Taskforce.

“With prompt response from the security squads who were on regular patrol, they were able to arrest one of the gang members while the other five members escaped with gun bullets.” he said.

Some of the items recovered from the bandit are locally made AK-47, revolver pistol with live ammunition.