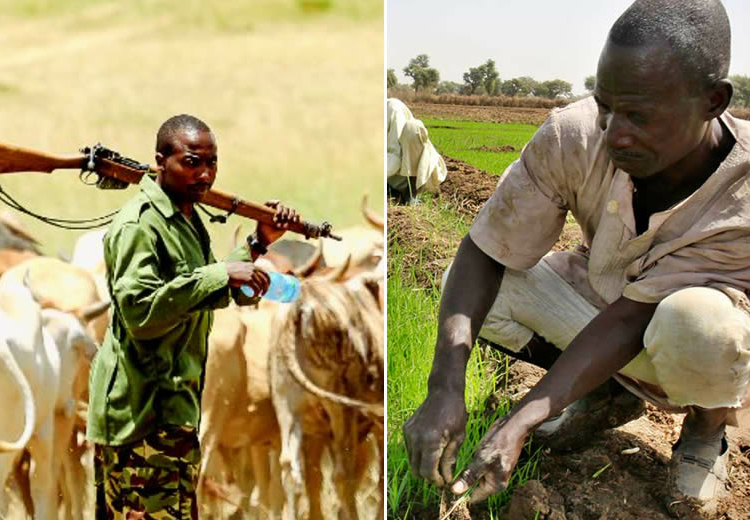 The bill, which is for a law to prohibit open grazing, regulate cattle ranching and for connected purposes, was passed during the Assembly plenary in Enugu that eventful Thursday.

The leader of the Assembly, Ikechukwu Ezeugwu, said the passage followed the consideration of the report of the public hearing, presented by the chairman of its joint committee, Amaka Ugwueze.

The Joint Committee was  on Agriculture and Natural Resources, Judiciary, Public Petitions, Ethics and Privileges, Youth, Sports and Security Matters.

Mr Ezeugwu said the bill would be cited as Enugu State Prohibition of Open Grazing, Regulate Cattle Ranching and other Connected Purposes (HB.7) 2021.

The lawmaker explained that the bill would ensure security and peace in the state.

The joint committee had on Tuesday held a public hearing on the bill before its passage into law.

Chairman of the Enugu State chapter of All Farmers Association of Nigeria (AFAN), Mr Romanus Eze, on Friday decried the continued destruction of crops in the state by herders.

Eze told WITHIN NIGERIA that farmers were yet to feel the impact of the anti-open grazing law signed by Gov. Ifeanyi Ugwuanyi in September 2021.

Recall that Gov. Ugwuanyi signed the Prohibition of Open Grazing and Cattle Ranching Law of Enugu State following the decision by governors of the 17 states in the South of Nigeria in May 2021 to ban open grazing in their states.

Eze noted that farmers in the state did not know if the law was being enforced as the destruction of farm crops by cattle was still “a serious challenge’’.

“Herders are destroying most of the farms in Enugu State, especially those in large clusters inside the bush. This is a serious challenge.

“Farmers are even afraid to go to their farms because they may be attacked, kidnapped or even raped by these Fulani herdsmen. These are the issues we have.
“For example, in Anuka community in Nsukka Local Government Area, most of our farms there have been vandalised with impunity by herders.

“They even uproot the stems and give them to their cows,’’ he said.
The AFAN chairman noted that several written complaints to forest guards, the Department of State Services and the Enugu State Commissioner of Police yielded no result.

Eze urged the State government to provide adequate security for farmers and for large cluster farms so that commercial agriculture could thrive.

“The way out is for government to provide security and extension officers who will man these farms.

“Encourage forest guards to man these large clusters of farmlands in order to prevent herders from entering there.

“Government should call the head of the herders to sign a new Memorandum of Understanding on security,’’ he stressed.

By and large, at Opanda, Uzo-Uwani local government area, farm lands are already at the mercy of Fulani herdsmen. The agragrian community has become a shadow of its former self following the incessant invasion and consequent destruction of farm lands by the Fulani herdsmen.

One of the farmers, Mr. Patrick Ochiaka told our reporter that the situation has even worsened since the passage of anti open grazing law.

“Since the passage of the so called anti open grazing bill, the situation has deteriorated.  I cultivated about five chains of cassava and maize which had been destroyed by Fulani cows.”

Lamenting further, Mr. Ochiaka stressed that “ if you go round this community, you will notice that many houses are under lock and key. This is simply because farmers who own them had fled for fear of attack by the Fulani herdsmen.  I want to tell you that despite the bill, the Fulani herdsmen have continued to move around with their cows, destroying whatever that is on their way.”

Appealing to the state government, he said that “ the Enugu state government should come to our help by enforcing this anti open grazing law. I assure you, if this law is enforced, farmers in this state will ever rejoice.”

At Agu Ukehe, Igbo-Etiti local government area, the story is still the same. A farmer in the community, Mr. Raphael Nwonu told Within Nigeria that the anti open grazing law has no impact whatsoever on the farmers in the area.

According to Nwonu, “the law exists only on paper but not on action. Has any Fulani herdsman being prosecuted for destroying farmers crops in this state since the passage of the so called bill? The answer is no.”

Explaining further, he said that “ my six plots of cassava was destroyed by the cows of Fulani herdsmen. I reported this to the police at Ogbede and nothing has been done about it since three months ago.  In fact I may say that the situation is even worse than what it used to be before now.”