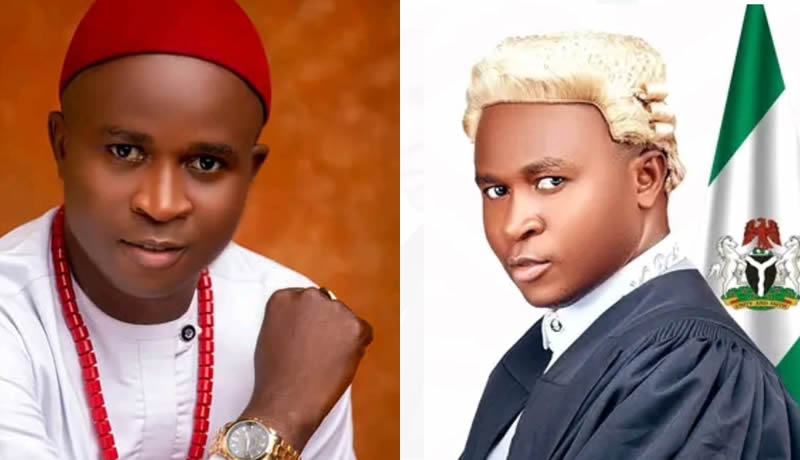 Touched by the excruciating condition of some students, Enugu Councilor, Hon. Nnamdi Odo has given out his monthly salaries to ameliorate the suffering of indigent secondary school students in his ward.

The Councillor representing Obollo Afor Ward in Udenu LGA Legislative council, Enugu State gave Bursary award to fifteen indigent students from his ward on Sunday “to give back to the society and lessen the burden of education on the parents and guardians.”

Presenting the award through his ward party chairman,  Hon.Odo dedicated it to the governor of Enugu state, Rt. Hon. Ifeanyi Ugwuanyi, who according to him, should be emulated in his philanthropic gestures.

In a chat with our reporter, Hon. Odo explained that  he cannot fold his hands and watch some students drop out of school because of school fees.

“To start with, I was raised from a family that could not afford to send me to school. My school fees was paid through philanthropy. I promised myself that I will always help those who are in the same situation. Right now, I don’t even have much but I only have a burning desire to help others as I was.

” I believe in human empowerment because they are the greatest asset in the world. One person’s life you change can in turn change the lives of so many other people.

“Furthermore, I won the Councillorship elections to represent my people at the Local Government Area of Udenu. This couldn’t have been possible without the help and support of my people. I felt like giving them a part of my salary to say thank you.”

On how the beneficiaries were drawn, Hon. Odo, a PhD student of the department of Political Science at the prestigious University of Nigeria, Nsukka, UNN told our reporter that “We have five villages in my ward, three students were picked from each of the village making it 15 in total. Those selected are party faithful and from very poor homes.It is a way of making them feel the government presence at that local level.”

According to Hon. Odo who is also the leader of 260 ward councilors in the state, fifteen persons will benefit from the Bursary award every term with a cash prize of five thousand naira to each beneficiary.

On whether he is under any NGO, he stressed that he was using his salaries to sponsor the Bursary award, explaining that he will need the support of NGOs to expand the award to other students in need.

According to him, the award will stay beyond his two year tenure as a councilor.

Advising his fellow councillors, Hon. Odo explained that,”my message is simple, every councilor is a representative of his people. One must not wait to have all the money in the whole world to give back to his people. From the little we earn, you can decide to add values no matter how little to your people. None of us should finish our tenure without pointing to at least one person that we have bettered their live.”

Two of the beneficiaries, Mama Martina from Iheakpu village and  Ohabuenyi Esther from Ogwu Obollo expressed their happiness and gratitude to Hon. Odo even as they told Within Nigeria that they would have been out of school but for the help of Hon. Nnamdi Odo.