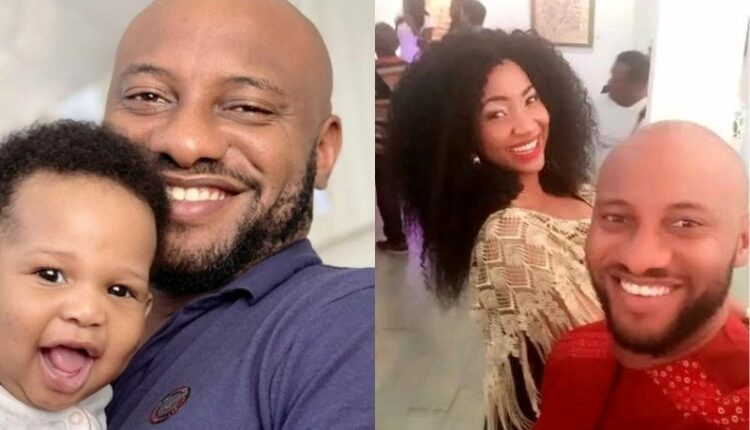 Photo from the church dedication of Yul Edochie’s first son with his second wife, Judith Austin has surfaced online.

The photo from the church dedication which surfaced online moments ago and has now gone viral.

In it we see Yul Edochie in a matching white kaftan with his son while Judith his new wife, wore a blue kaftan with red cap. 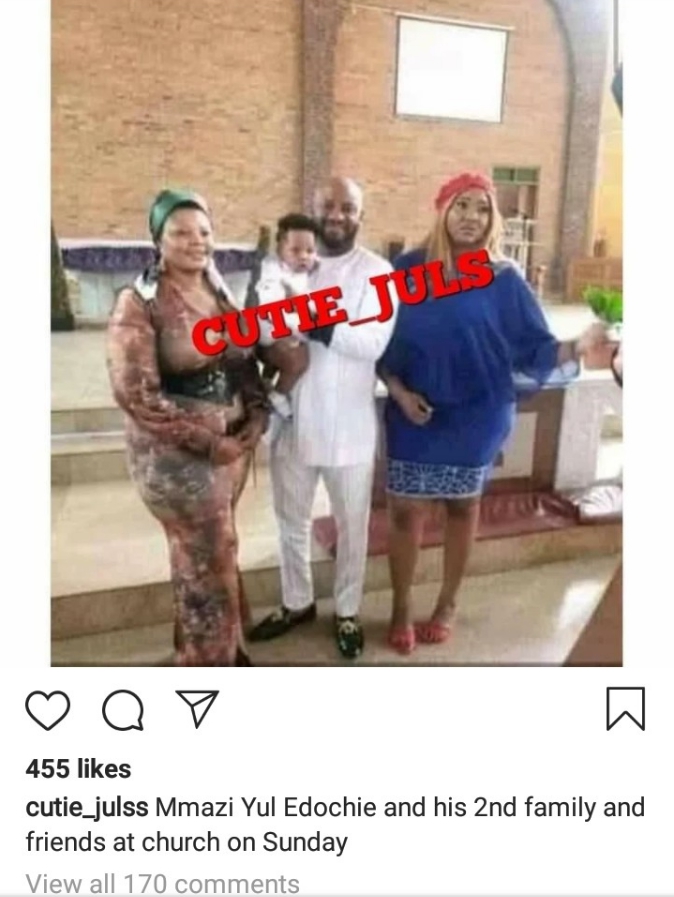 WITHIN NIGERIA reported that Yul Edochie took full responsibility for his action and hailed himself in process calling himself a true man as many will shy away from their responsibility.

However, his first wife, May Edochie has unfollowed him on Instagram amidst all of this second wife saga probably for her own peace of mind. 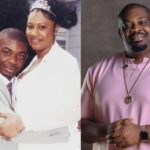 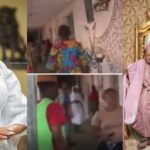