Judy Austin, a Mistress turned second wife of Nollywood actor, Yul Edochie, has reacted to her husband’s message to his first wife May Yul-Edochie.

On Thursday morning, Yul posted beautiful photos of his first wife and showered her with praises..

After posting the photos, the actor accompanied them with a caption where he called May his undisputed number one and accompanied it with a series of love emojis.

“My beautiful lady, I see you,” she wrote 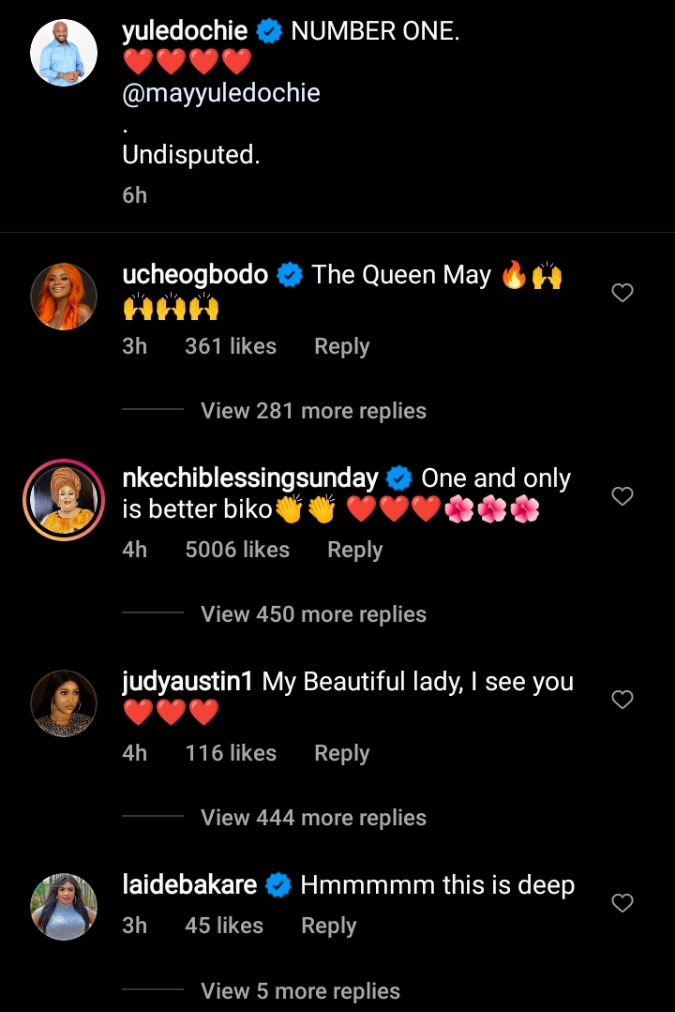 The 40-year-old caused a stir on social media when he announced his second marriage to colleague, Judy Austin, on Wednesday, April 27. He also revealed that he and Judy welcomed a son together