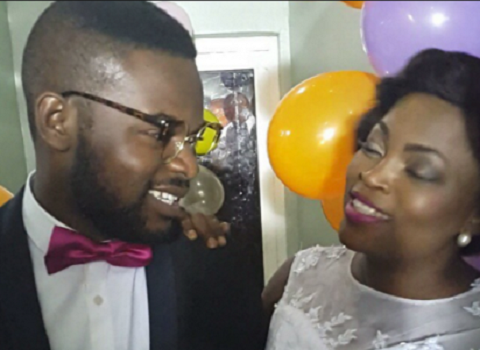 So, there have been some rumours and speculations flying that Nollywood Actress, Funke Akindele and Lawyer turned singer, Falz are dating..

Apparently, the actress has come out to rubbish such report..

In a chat with Vanguard, she said:

‘I was listening to his rap one day and liked the way he rapped. So I met him during Dr Sid’s wedding and we exchanged contacts.

So, we got talking and one day I invited him over to my place and he came with his manager. I cooked for him and we all ate. While we were discussing, I asked him if he would like to be featured as my boyfriend in the latest edition of Jennifer’s Diary and he responded positively.

Apart from work relationship, we have nothing between us. We work together and enjoy ourselves, that’s all.’