Sweet sounding Nigerian singer and sound engineer Simi has laid to rest the rumors that she is dating lawyer turned rapper Falz. 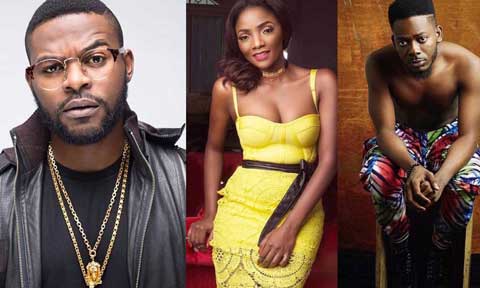 Though one silent issue is that of her involvement with another singer Adekunle Gold whom it is also being rumored that Simi is romantically involved with him.

To say the least, entertainment critics and fans have been perpetually engage in and argument over who Simi’s lover is.

Now with Simi public denial of Falz and her silence on Adekunle Gold, coupled with Gold’s recent declaration that his career defining single “orente” was written for her, we can arrive at the conclusion that the” Joromi” Simi sang about is Adekunle Gold.