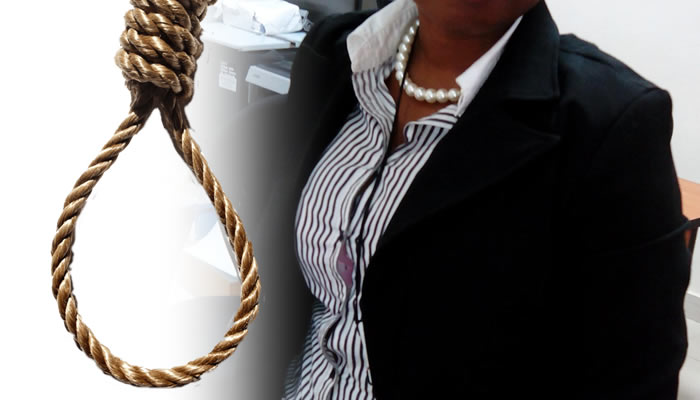 There was pandemonium at Iwhrekpokpor, Ughelli, Delta State, after a 32-year-old banker and mother of two, identified only as Peace, committed suicide over her husband’s alleged infidelity.

Community sources said the deceased, who worked with one of the new generation banks along Market Road, Ughelli, took an insecticide at her residence on Wednesday.

It was learnt that the couple had separated before their families reconciled them recently.

It was gathered that despite the reconciliation, her husband continued to stay away from home.

He was away when she allegedly committed suicide.

A close friend of the deceased, who spoke on condition of anonymity, said, “Her lifeless body was discovered in her apartment on Wednesday. She had been having issues with her husband. She took some drugs and an empty container of an insecticide, Sniper, was found near her corpse.”

Although efforts to get confirmation from the state Public Relations Officer, Mr. Andrew Aniamaka, proved abortive, a police source in the area confirmed the incident.

He said “She returned home from work and took some mixtures. We are still investigating the matter.”