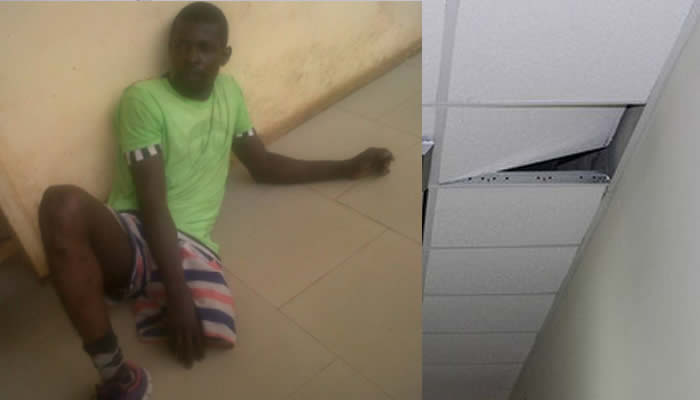 One legged thief traveled from Ogun state to steal in Lagos, caught hiding inside ceiling

A one-legged suspected robber identified as Mr. Akinola Akeem has been arrested after he removed his artificial leg and climbed the ceiling of a popular shopping complex, Hub Plaza in Shasha area of Lagos state to steal at night.

Mr. Akeem who is a father of three confessed to the crime saying that he came all the way from Ijebu Ode, Ogun state to steal and revealed that it was not his first time coming to Lagos to steal.

According to PM news, Mr. Akeem met his waterloo after he removed his artificial leg, climbed the ceiling of the storey building and broke into two shops.

He was forced to come down and he confessed that he was a robber. He pleaded with them not to kill him and he was later handed over to the police at Shasha Division.

He has been charged before the Magistrates court sitting in Ejigbo for burglary.