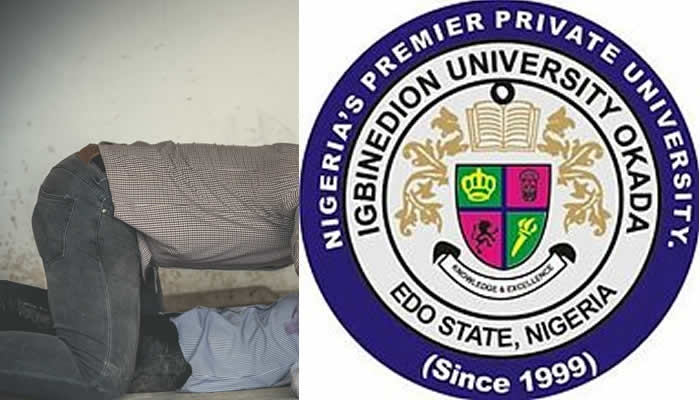 A 400 level law student of the Igbinedion University in Edo state has been expelled for drugging and raping his fellow classmate.

Activist, Prince Gwamnishu Harrison, who shared the story on his Facebook page, said the accused student has been arrested. The school management has expelled him after carrying out its investigation.

Read what Prince wrote below.

Friday/Sartuday 23rd and 24th March, 2018. I was in Igbenedion University Okada
Got a call from Andrew Mani Alphonsus to get Justice for a female student.

Before I arrived the school, I spoke to the Police (Divisioner Police Station Okada) to immediately arrest the 400level Law Student who drugged and raped a fellow Law student in January 2018. The girl was threatened, intimidated and was scared to speak out until Mr Andrew Mani Alphonsus assured her there is a young Nigerian who will help her.

Luckily, The 400level student was arrested on Friday 23rd March at about 1:00pm, detained at the station till Saturday and on Sunday his father came from Abuja paid some amount of money and secure the release of his son (RAPIST).

It will interest you to know that the Student was Yesterday #EXPELLED from Igbenedion University Okada.