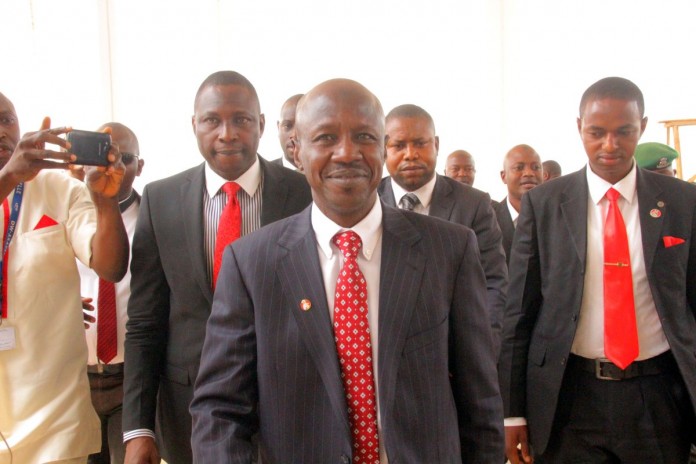 The Police Service Commission (PSC) has approved the promotion of the acting chairman of the Economic and Financial Crimes Commission (EFCC), Ibrahim Magu, to the rank of commissioner of police.

Up until this promotion, Magu was a deputy commissioner of police.

In a statement released today by PSC spokesperson, Ikechukwu Ani, 17 other senior police officers were also promoted by the commission.