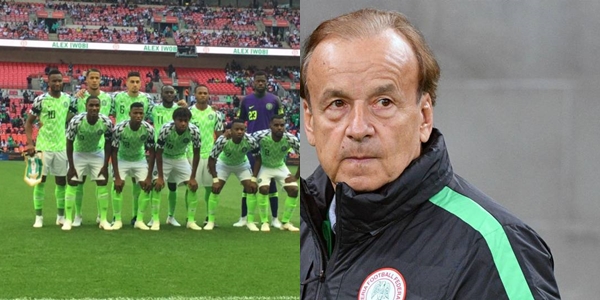 Super Eagles coach Gernot Rohr has released the final list of 23 players who will play at the FIFA Russia World Cup, which begins on 14 June.

Missing in the list are Ola Aina and Mikel Agu, who were part of the 25-man Eagles squad that went to London for the friendly with the England team at Wembley. 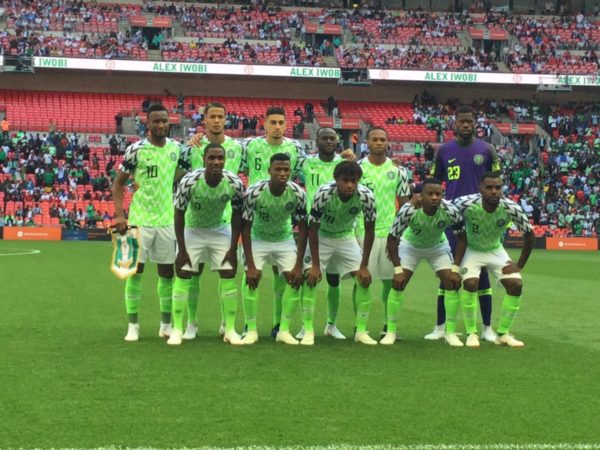 The list came a day ahead of the official FIFA deadline of 4 June.

The FIFA Council as far back as January 2017, set June 4 as the deadline for the submission of the final list of 23 players by all the 32 teams taking part in the Russia tournament. 14 May was set as deadline for participating member associations to release a list of 30 players, which Nigeria also complied with. 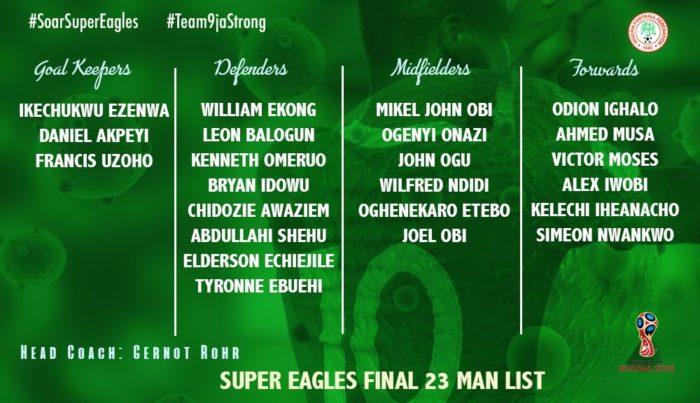