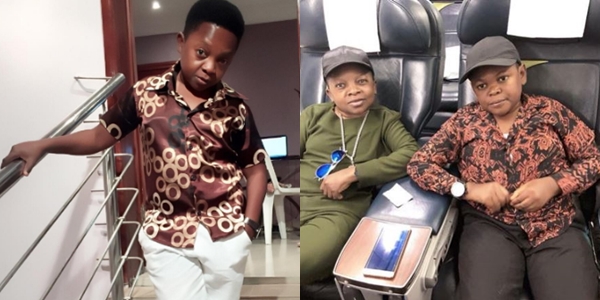 “Why I’m not working with Pawpaw” — Chinedu Ikedieze “Aki” reveals

Recently, Chinedu Ikedieze, aka Aki, and Osita Iheme, aka Pawpaw, reunited on set after a long while they have acted together in a movie.

Years ago, the two actors were inseparable in movies and people loved them together. Once you saw Aki, you would surely see Pawpaw. But as they grew older in the movie industry, they started doing things differently, which made the public to conclude that they had irreconcilable differences.

But while speaking with Sunday Scoop, Aki insisted there was no time he fought Pawpaw. He said, “I just finished shooting a film with my friend, Pawpaw. We have not been working together like in the past because we are both engaged in different projects.

I am still shooting The Johnsons family series. When they gave us a month break, I quickly went to shoot two films with Pawpaw. I have kept many producers waiting, but some of them looked for other options. I am busy; Pawpaw is busy too. We don’t have any problem. I don’t like people carrying rumours, which explains why I don’t grant interviews any longer. The chemistry between me and Pawpaw is still there on and off the screen as he is more like a brother to me.”

Also, Aki stated that he had stopped going to parties like in the past. “I only have weekends to rest because of my workload. Whenever I find time to rest, I just stay indoors with my family. I also play games too. I stopped going to clubs years ago. I cannot be clubbing every weekend when I have a family at home. I have to respect my old age,” he said.