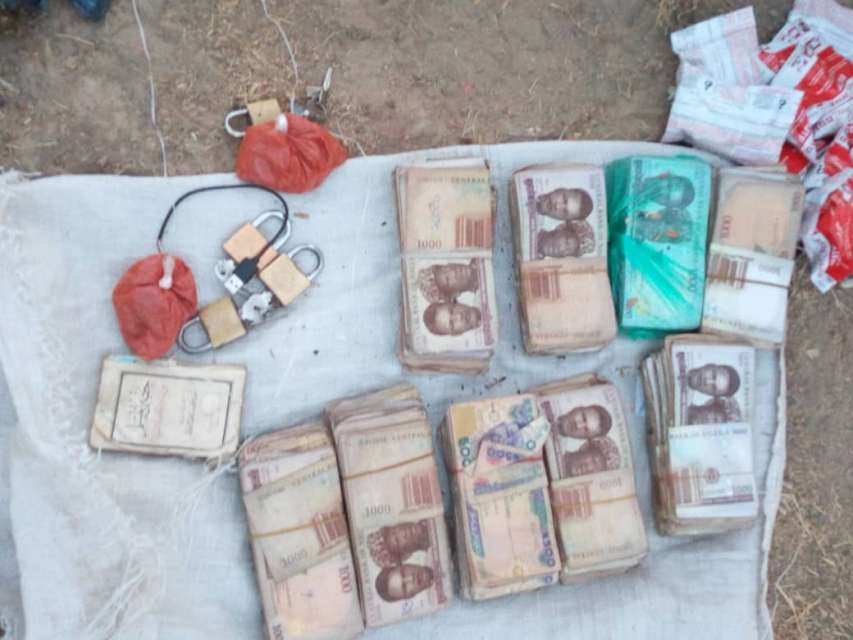 Troops of the Nigerian Army recovered the sum of N2.2 million when they raided a Boko Haram camp in Yaridiri forest in Geidam local government area of Yobe state on Friday, June 1, 2018.
According to a statement by the Deputy Director of Public Relations of Theatre Command Operation Lafiya Dole, Colonel Onyema Nwachukwu, troops of 27 Task Force Battalion were on a long range fighting patrol when they raided the camp.

The terrorists in the camp were forced to flee after a shootout with soldiers, leaving behind the sum of N2,208,000 and other items such as three AK-47 rifle magazines, 21 rounds of 7.62 mm (special) ammunition, a motorcycle and two mobile handsets.

Two other raids by troops of Operation Lafiya Dole in Borno state also resulted in the death of 11 Boko Haram terrorists.

While on a clearance patrol on Saturday, June 2, troops of 153 Task Battalion and the Cameroonian Defence Forces at Ngelkona in Ngala local government area of the state killed 10 Boko Haram terrorists along Wulgo-Ngelkona general area.

The terrorists were mounted on horses and had engaged troops before they were neutralised. According to Col. Nwachukwu, items recovered from them include one Boko Haram flag, a set of bow and arrows, two mobile phones and one Cameroonian international passport.