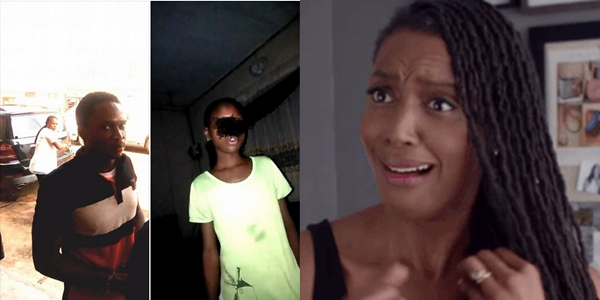 A suspect who was arrested for molesting a minor in Edo state has been reportedly granted bail. The 30-year-old suspect identified as Mr. Nwachukwu Benjamin was granted bail today by a magistrate court in Benin city, the state capital after allegedly defiling a 10-year-old girl.

Civil rights activist; Israel Joe who shared the news – claimed that the alleged rapist’s family vowed to use their wealth to ensure his freedom before he was released today.

It was reported that the case was transferred to State CID Benin and was allegedly compromised by the investigating police officer IPO.

Israel who called on the state governor, Godwin Obaseki to look into the issue – took to Facebook to share his outrage.
Below is what he wrote;

The 30 years Old Benjamin who defiled this young girl of ten now walks freely in the society with pride and arrogance. I’m seriously in pain because I have never heard a magistrate granting bail for a case of defilement. The Officer in Charge who told me yesterday on phone that the boy will be charged appropriately with defilement today went ahead in connivance with the judiciary to grant bail to the suspect.

Rapist gets harsh penalty for biting victim’s private part in…

Nigerian couple bags 19 years in jail for sexually and physically…

It should be on record that Edo State has set a bad precedence against the background of justice and if something is not quickly done. All rapist in Benin will always find themselves back to the society with more sophisticated freedom. I call on Governor Godwin Obaseki to look into the injustice done to this poor girl and call for rightness.