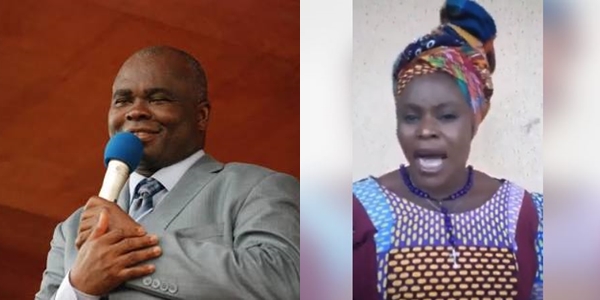 A Nigerian woman, Uche Eze who was a former member of The Lord’s Chosen Charismatic Revival Mission has revealed that the General Overseer allegedly uses snakes to get the power that he uses.

She has also taken to social media to call out for help and accuse Pastor Lazarus Muoka, the General Overseer of the Lord’s Chosen Church, of trying to kill her because she left the church after finding out his secret.

She added that Muoka has scattered her marriage and has been sending hired assassins to kill her after his pleas to return to the church did not work.

According to the aggrieved woman, he has charged her to court 13 times.

See the “jet” The Lord’s Chosen Church launched for…

“Hello friends …. Fake pastor Lazarus Mouka the owner of the Lords chosen church wants to kill me… He’s after my life ….please watch this video.”

Listen to her here;