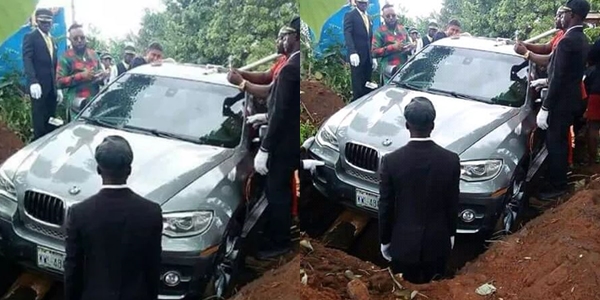 Man Buries His Father In A N32Million BMW In Anambra (Photos)

This photo of a man allegedly buried inside an exortic car has been trending on social media.

Report has it that a man from Anambra State in the Eastern part of Nigeria was buried in a N32million worth of BMW which was bought by his rich son who wanted to give his father a befitting burial.

The picture which had gone viral has sparked a debate amongst social media users with almost everyone condemning the act.

One of the commenters however revealed that the picture was from a scene in a movie. 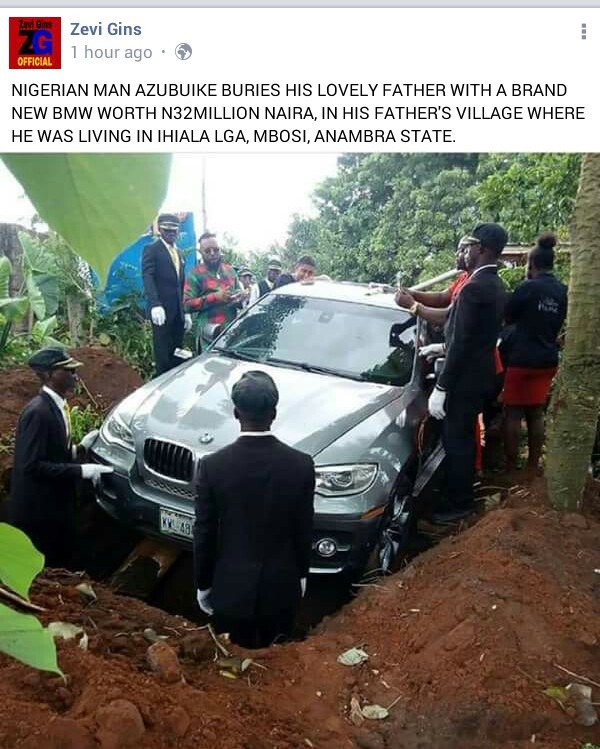 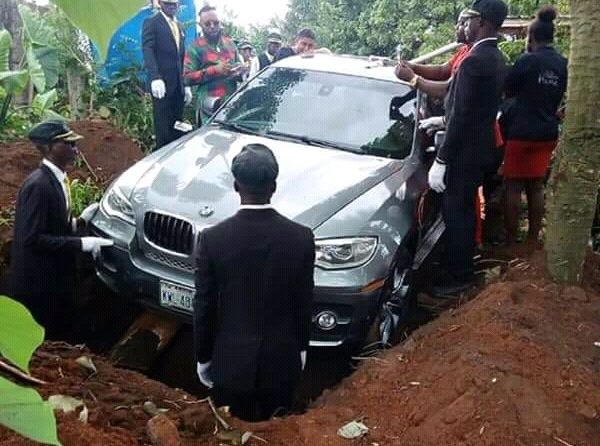 MURIC Backs Down From Suing Falz Over ‘This Is Nigeria’ Video

“Bobrisky Can Be Used To Boost Agriculture In Nigeria” – Nigerian Lady