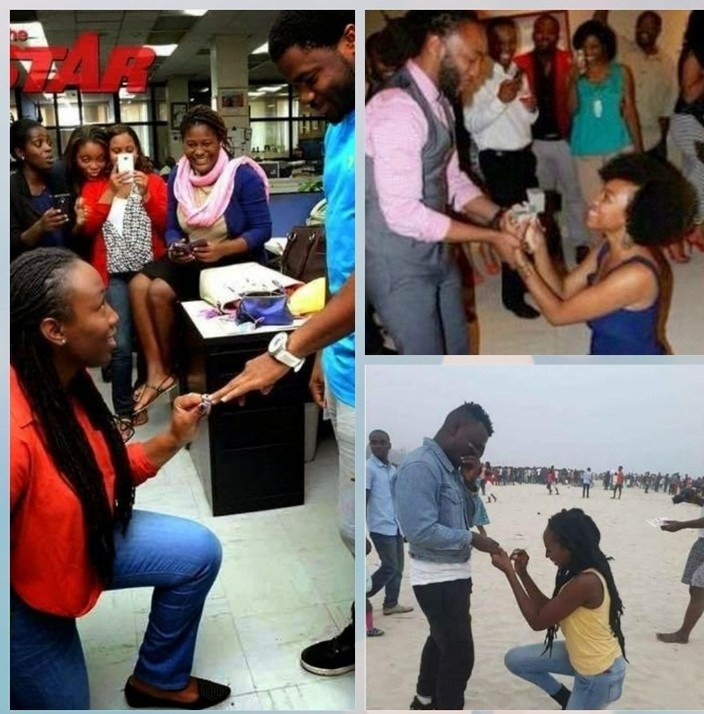 ‘Ladies, No Matter How Hot A Nigerian Guy Is, Never Ask Him Out’ – Nigerian Lady

A Nigerian Lady has frowned at the practise of ladies asking their significant other to marry them, which in some cases, does not always turn out fine.

The lady simply identified as Mhisbliss took to a popular Nigerian Online Forum to write ;

I noticed that most guys find it attractive when girls ask them out, to some its bravery and it takes alot of courage, and they might end up cherishing you because of it.

Some think its desperacy and will look down on you from then onwards, asking such guys out has alot of backlash, it gives them this idea that they’re a worthy prize for the troubles you had to go through to ask them out, then comes the puffed up ego and attitude, they always threaten to leave you the moment something goes wrong, after all they’re so cool you had to ask them out, then they walk around with their shoulders high like deputy jesus, you’ll never be respected in such relationship.

Then there’s the question of whether he feels the same way about you, guys are polygamous in nature, they want something they go get it, it’s in their nature, he might be into someone else, not you who asked him out, coercing him to start feeling the same way you feel about him is not happening,

The desperate girl who threw herself cheaply at him by asking him out won’t have the same value as the one who played hard to get and he had to invest his time and effort to get her after trying For a very long time.

ladies be wise, we ain’t white people, never ask a nigerian guy out, unless you’re prepared to pamper, worship, adore, beg deputy jesus for the rest of your life, and he’ll still be giving you childish attitude.

Show him all the green light you can, if he’s too stupid not to get the clue, save whatever dignity and self esteem you have left and leave him alone