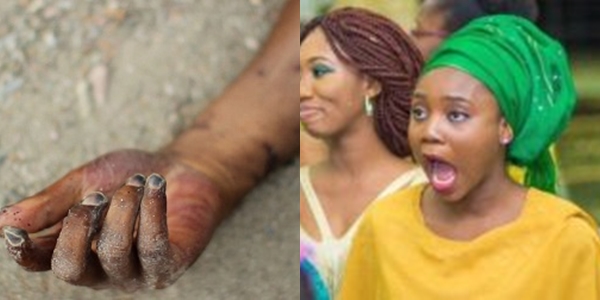 Abiodun Bolarinwa, a landlord in Lagos, has died after a disagreement with his tenant, Shadrach Enim, on Chris Matthew Street, in the Okokomaiko area of Lagos State.

Punch Metro reports that the duo on Saturday had a hot exchange of words, during which the men abused and threatened each other.

A few minutes afterwards, Bolarinwa was reported to have slumped and died.

It was learnt that the tenant was immediately apprehended and handed over to the police, with the allegation that he had a hand in the landlord’s death.

The cause of the fight had yet to be ascertained as of press time.

He said, “The story is confirmed. The landlord and the tenant had a misunderstanding that degenerated into a verbal abuse on Saturday, around 6.20pm.

“According to the report from the division, there was no physical contact. The landlord, Mr Abiodun Bolarinwa, slumped and died. The corpse has been taken to a mortuary for autopsy. The tenant is in custody pending the conclusion of investigations.”

4 Years Ago, He Was Painting The Streets For World Cup, Now He’s A Starter – Read The Incredible Story Of Brazil Striker, Gabriel Jesus

Checkout photos of a cute baby abandoned in the bush