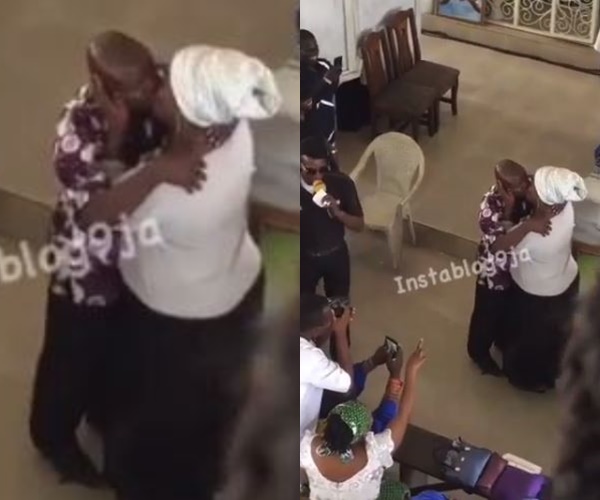 A video has shown the moment a married man and his wife locked lips inside their church in front of the entire congregation. The video which has gone viral online, is sparking reaction from viewers.

The incident happened on Sunday at the Christ Holy Church in Port Harcourt, Rivers State during a game the pastor played with the members.

In the video, the pastor is seen speaking to the couple before asking them to kiss. The church reacts with an uproar after this.

The man and his wife then begin to kiss as the congregation goes wild with excitement.

Social media users have reacted with mixed feelings to the video. Many people have condemned the act, insisting that since there are many young children in the church, such acts as kissing should not be made to look like a thing of joke.

Nigerian man narrates how his girlfriend extorted him using fake…

Pastor tells old couple to kiss for 20 mins, during a game on Sunday, at Christ Holy Church, PH, Rivers State