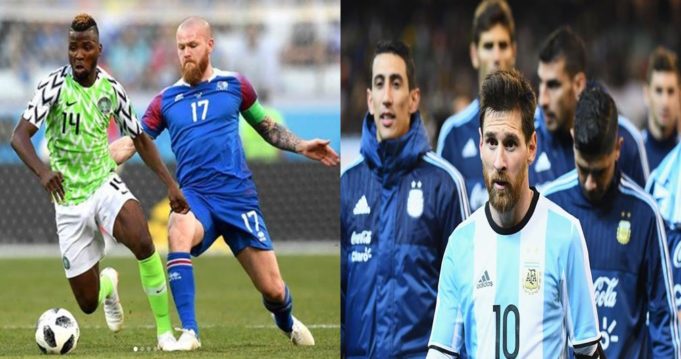 World Cup 2018: Iheanacho reveals what Super Eagles will do to Argentina

Iheanacho is upbeat about the Super Eagles’ chances of making it to the last sixteen.

The South Americans are on the brink of elimination from the World Cup after their humiliating 3-0 loss to Croatia on Thursday.

”They are a strong team as you know, we have played against them and we won, they wanted us to beat Iceland so that they come at us,” Iheanacho told reporters in the mixed zone.

”It is going to be a difficult game for them, we have to fight together and do everything possible to beat them in that game despite they have good players and are a quality side. We need to show them we are from Nigeria.”

They will resume training for the match against Argentina tomorrow.