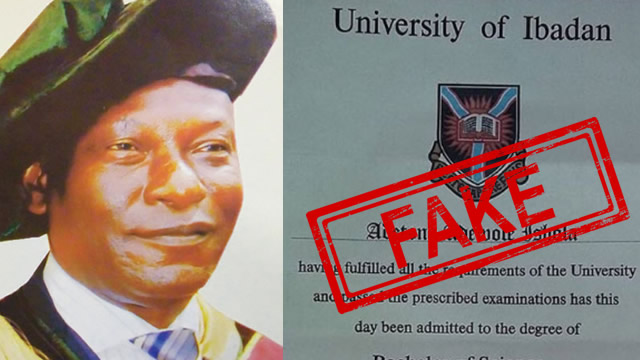 Rector of Igbajo Polytechnic, Osun State, Prof. Olaolu Akinola has been arrested by ICPC for alleged forgery of PhD certificate.

Mr. Olugbenga who is currently being detained by the Ibadan, Oyo State office of the Commission is undergoing interrogation after preliminary investigations carried out by operatives acting on a petition, confirmed that the suspect was actually working with a fake PhD certificate purportedly from the University of Ibadan.

However, during interrogation he insisted in his statement that the certificate was genuine.

The suspect’s action violates Section 465 of the Criminal Code and Section 25 of the Corrupt Practices and Other Related Offences Act 2000 respectively.

Further action in accordance with the laws will be taken at the conclusion of investigation.