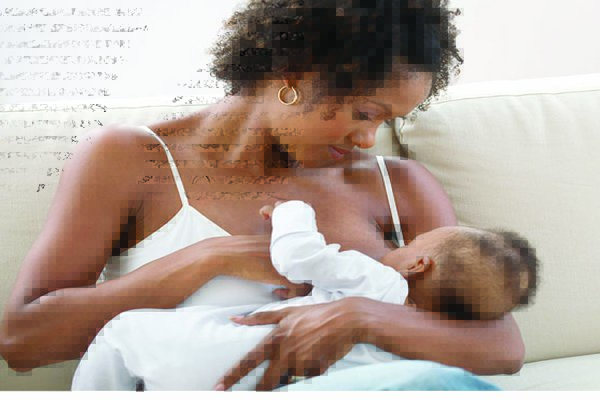 This Is How Your S3x Life Could Change After Having Kids

. But some new moms and dads got creative: 54% put their kids to bed early and 42% skipped the bedroom and did it in the shower.

Becoming a parent comes with more sleepless nights—and fewer s3xy evenings. That’s according to a new survey conducted by mattress company Leesa, which asked 977 parents about how having kids affected their sex life.

The main conclusion: While cuddling increased, the number of times new parents had s3x per month declined by 47%, dropping from 19 times each month before baby to 10 times after that bundle of joy has arrived.

If you’re already a parent you might relate to the findings—yep, you’re not the only one doing it a lot less. And if you plan to be a mom one day, we hope the rest of the survey results don’t scare you away from procreating. Not only did frequency decline, but the quality of s3x did as well, reported 46% of the respondents.

Niniola was the pretty type, while I was the ‘jaga jaga’…

While you might think s3xual frequency and quality tanked because it’s difficult for new parents to find quiet time and a private place to get it on, another factor might come into play: s3x drive. Of the moms surveyed, 61% reported decreased s3xual desire, while 51% of dad respondents said their libidos did not change post-baby. (Though interestingly, 30% of fathers said their desire dipped.)

When parents were in the mood for rocking the sheets, 67% said they waited until the kids were asleep, and 64% made an effort to have quiet s3x. But some new moms and dads got creative: 54% put their kids to bed early and 42% skipped the bedroom and did it in the shower.

When they finally get some alone time, most parents (67%) said that they just locked their door and got busy. Unfortunately, 15% haven’t been able to keep their intimate moments private—and their kids walked in on them during s3x. Yikes.

Life with kids has its challenges, and finding quality time for great s3x is clearly on that list. But consider one of the survey’s upsides: 40% of women and 47% of men said parenthood had no effect on their s3x life. If things were bangin’ before baby, then hopefully they will be after.