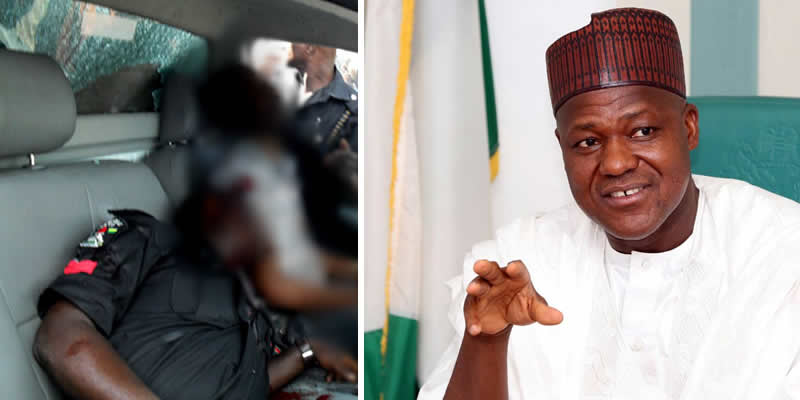 The country’s security system has been declared a “failed architecture” by the Senate and the House of Representatives on Tuesday as they back the call for the establishment of state police to contain the escalating killings by herdsmen across many states.

Federal lawmakers’ decision to grant the request of many prominent Nigerians including governors for state police is hinged on the continued killings in the country and the inability of the security agencies to end incessant violence and murders.

The two chambers of the National Assembly have, therefore, agreed to amend the constitution to achieve this objective.

This is coming just as seven policemen were shot dead by unknown gunmen in Abuja on Monday night.

READ: 14-yrs old schoolgirl disappears after going out with boyfriend in Lagos

Specifically, the Senate at the plenary on Tuesday mandated the Committee on the Review of the 1999 Constitution led by the Deputy President of the Senate, Ike Ekweremadu, to present an amendment bill within two weeks.

The lawmakers resolved that the bill would enjoy speedy consideration.

The Senate mandated the Committee on the Review of the 1999 Constitution led by the Deputy President of the Senate, Ike Ekweremadu, to present an amendment bill within two weeks.

The senators resolved that the bill would enjoy speedy consideration, saying that it might be passed before they proceed on their annual recess by the end of July.

This was part of the prayers of a motion moved by Senator Jonah Jang (PDP, Plateau-South) on the recent killings in Plateau State, which were unanimously granted by the Senate.

Tempers flared as the senators spent over two hours to debate the rising spate of killings across the country. While some called for a restructuring of the nation’s security architecture, others called for the removal of current heads of the security agencies.

The prayers by Jang and unanimously granted by the Senate include condemning “the terror attacks, mass killings and displacement of the people and occupation of their ancestral homes and farmlands.”

Jang also prayed that the Senate urge the executive “to overhaul the security architecture of the country and emplace a better security action plan that would decisively tackle violent terror attacks threatening the continuous existence of the communities in the North-Central geopolitical zone and Nigeria.”

Senator Adamu Aliero however asked that the prayer be amended to read, “Overhaul the security architecture in such a way that if violence happens in a particular location, the security agents assigned to protect that area together with the community leaders should be held responsible.”The amended prayer was granted.

The Senate President, Bukola Saraki, said that the executive had failed to act on previous resolutions by the legislature on security matters.

Saraki said, “Whether there was an initial action of aggression or reprisals, either way it is, it is totally unacceptable and we must condemn it in the totality. I think that is crucial. These are acts of criminality and we should not encourage any other colouration to it, be it religious or ethnic; this is criminality. As such, we have a role to ensure that we must fight this criminality.

“We have spoken on many platforms and made suggestions on the part of the executive, on the fact that we believe that there is the need for an urgent review of the security architecture. Somebody did mention that the debates in the House of Lords also raised this one point.

“How do we think that our economy will attract investments with this kind of climate? It cannot happen. So, we must see it not only from the point of view that there is danger to security, there is also danger if we want to push our economy, it will just become stagnant.”

Saraki also said the leadership of the Senate would visit Zamfara State for an on-the-spot assessment of the security situation in the area.