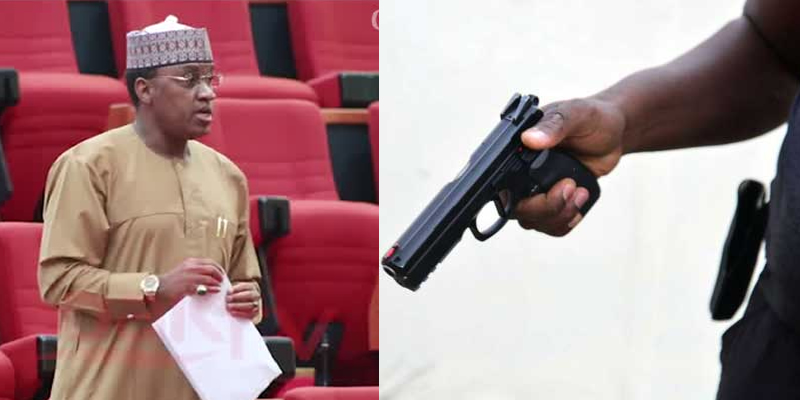 Killings: Nigerians should be allowed to carry gun — Senator Marafa

Senator Marafa says Nigerians should be allowed to carry guns as way of stopping wanton killings.

Senator Kabir Marafa has suggested that Nigerians should be allowed to carry guns as a way of stopping the wanton killings in many parts of the country.

Senator Marafa, who is from Zamfara state where many people have been killed during multiple civil unrests, made the suggestion last Tuesday during deliberations in the senate where himself and other senators reacted to the killings in Plateau and other states. According to Premiumtimes, a visibly angry Marafa said.

“My point is, people cannot be slaughtered in their houses helplessly. Maybe what we need to do is to liberalise gun control. Let everybody own a gun so that when you are coming to my house, you will know that I have my own gun while you are coming with yours”.

The senator added that he believes that the only advantage the criminals have over their victims is the guns and weapons they carry.

Presidency reacts to Kemi Adeosun’s alleged forgery, says we have not been briefed

Here’s What Genevieve Nnaji Said That Got Dele Momodu Angry