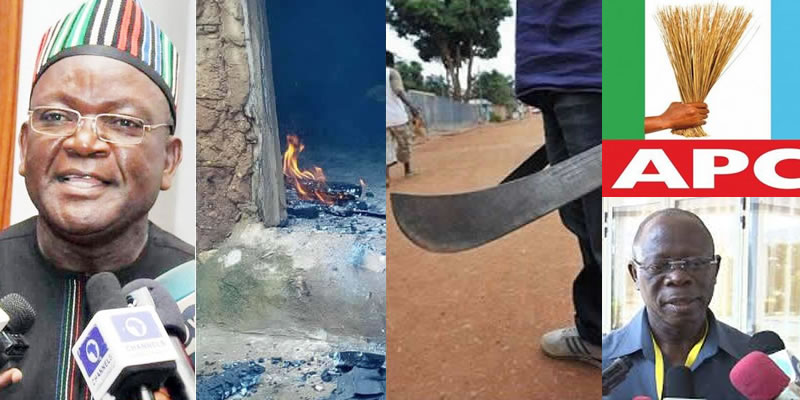 I’ve been given a red card, Ortom says of APC membership. Benue State Governor, Samuel Ortom, on Monday declared that he has been given a “red card” by his political party, the All Progressives Congress, saying he is now floating and awaiting any party to admit him.

“So, I don’t know what will happen next; but I’m waiting. If approached, then I will tell the Benue people that I’m joining another football club.

“I’m a child of destiny and it’s only God that will decide what I will be,” Ortom said.

The governor, who decried the challenges facing the state, enjoined the people to be united so that development would come to the state.

APC National Chairman, Adams Oshiomhole recalled that the governor had on several occasions promised that he would not leave the ruling party except he was pushed out.

The former Labour leader spoke on Monday in Abuja shortly after a meeting of its National Working Committee NWC.

“Governor Ortom had told me severally that he will not leave the APC unless he was pushed out and I know that we have not pushed him out”, the former Edo State Governor said.

READ: Any Benue State indigene who votes for Buhari in 2019 will be cursed — Head of Indigenes, Moses Aji

Reno Omokri, a former aide to ex-president, Goodluck Jonathan has reacted to Governor of Benue State, Samuel Ortom’s quitting of the All Progressives Congress (APC).

He wrote, “I commend Benue State Governor, Sam Ortom, for officially dumping @OfficialAPCNg today. He and the people of Benue don’t belong in a party like APC that is conducive to poverty, atrocity and animosity.