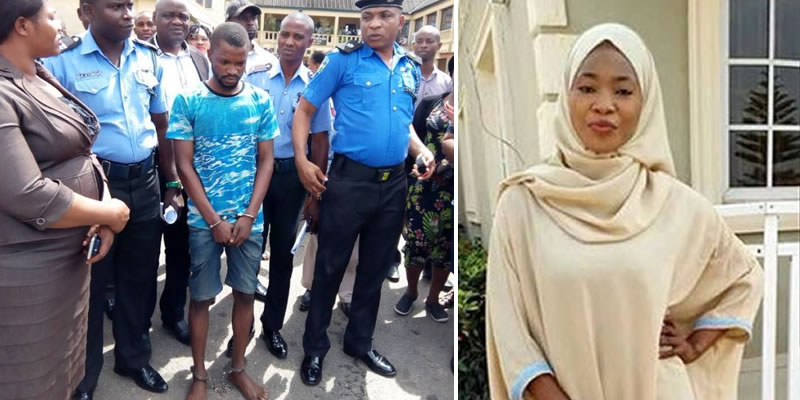 Adeyemi Alao, man who use girlfriend for money rituals remanded in Ondo prison

Khadijat Oluboyo, a 25 year-old final year student of Adekunle Ajasin University, Akungba Akoko, was found dead at the home of her boyfriend on July 2 in Akure.

Alao was arrested two Sunday’s ago for allegedly murdering Khadija, his girlfriend of eight years and burying her remains in his room. It was alleged that he killed her for money ritual.

The prosecutor, Sgt. Mary Adebayo, told the court that the accused person and others at large conspired together to strangle Khadijat to death and buried her in his room.

She said that the offence was contrary to and punishable under Sections 324 and 316 of the Criminal Code Cap. 37, Vol. I, Laws of Ondo State of Nigeria, 2006.

The Chief Magistrate, Mrs Victoria Bob-Manuel, ordered the remand of the accused in prison custody pending the receipt of legal advice from the State Director of Public Prosecution.

Police exhume body of LASU student who was killed for rituals,…

The Chief Magistrate adjourned the case till Aug. 23 for receipt of the legal advice.

Police exhume body of LASU student who was killed for rituals, suspects reveal how…