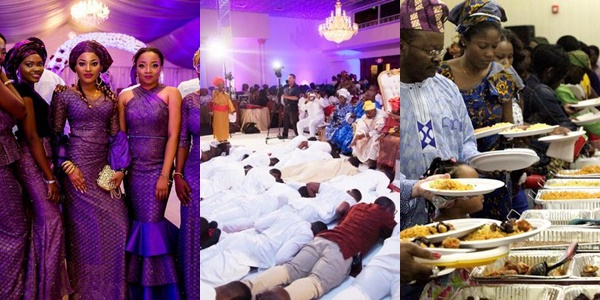 7 Unique Things You Will Always See At A Yoruba Wedding

The Yorubas are widely recognized as a people with a love for fun, good times, bustling parties and nothing but positive vibes. Undeniably, the special way they approach and celebrate weddings has helped in earning them this status of the ultimate Nigerian party people.

While it is not unusual to see some aspects of Yoruba weddings that are common to other tribes, [for example: huge celebrations are a thing with all Nigerian tribes as is spraying of money.] here are seven things unique only to Yoruba weddings.6″ />

1. Alaga iduro
If there ever is one reason why Yoruba weddings are mint; it is because of this cultural element of the celebration. 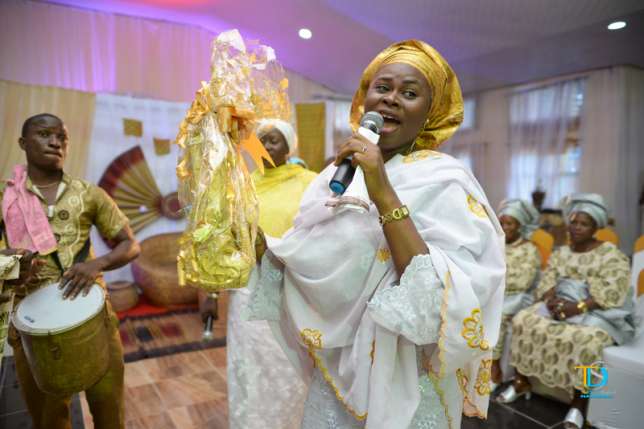 A typical Nigerian wedding combines at least two ceremonies – the traditional wedding and the religious ceremony.

Checkout These Beautiful Pre-wedding Photos Of Nigerian Man And His…

“I usually prefer engagements and it is because of these Alaga women,” says Monisola, who has not only attended many Yoruba weddings but has also been involved as a bridesmaid at three!

2. Funny prayers
The religious nature of the Nigerian society finds expression at Nigerian weddings all the time, with family and friends showering numerous prayers of fertility, prosperity and longevity on the couple.

But with the Alaga Iduro’s at Yoruba weddings, prayers often take a humorous twist.

Yorubas believe that it is a blessing for a woman’s buttocks to sit in her husband’s home for long, as opposed to being moved into another man’s or her parents’ after a while [a literal interpretation of the prayer that is often said in Yoruba: ‘Je ki’n r’ile oko gbe’].

So, the Alaga’s have devised a model to make this prayer and the whole ceremony more interesting by asking brides to hold on to their buttocks while repeating the prayer after them in a call and response fashion.

“I attended a [Yoruba] wedding in May 2017 and the Alaga Iduro’s did that ‘My bumbum, my bumbum thing,” Monisola says with a hearty laugh.

Another one is the ‘my back, my back’ chant which is used while praying for the bride’s ability to have kids to strap to her back.

Monisola adds that she thinks this “concept is just a way to make the whole wedding a lot more fun.”

3. The groom and his friends prostrate
It is a unique Yoruba thing for grooms alongside their agbada-wearing friends to prostrate in front of the bride’s family. 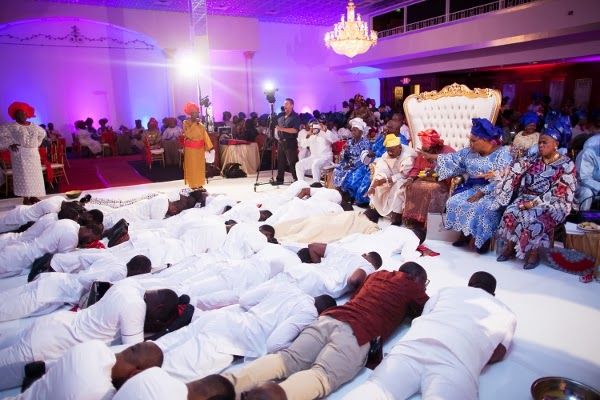 It is common knowledge that Yorubas are really, really big on shows of respect and prostrating is a cultural sign of this.

4. Tungba music
Wherever Yorubas are gathered to celebrate a wedding, there is a huge chance that there’ll be Tungba music. 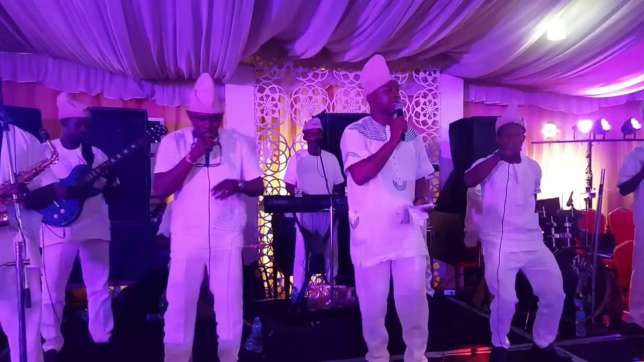 Tungba is a percussions-heavy brand of music where both gospel, cultural and pop songs are lumped together on a quick-tempo, high octane rhythm to create a really charged atmosphere, just the way Yorubas like it.

For Ray, a young man in Lagos who has seen his fair share of what he calls “Isale Eko” weddings, this brand of music is one thing that sets Yoruba weddings apart from others.

“[I love] Yoruba weddings,” he says animatedly, “[for] the band, the [talking drum] guys, the dance… the joy.”

5. No dowry
“I think one more thing that separates Yoruba weddings from others is that there is no collection of dowry,” says Mrs. O, another Nigerian who has attended and been part of way too many Yoruba weddings than she can count.

“Yorubas like to say that they are not trading their daughters away, so they see no need for collection of a bride price,” adds Monisola.

6. The food
Yorubas believe it is a thing of shame to gather people for a celebration and not feed them to constipation. So at a wedding celebration, expect the best of food. 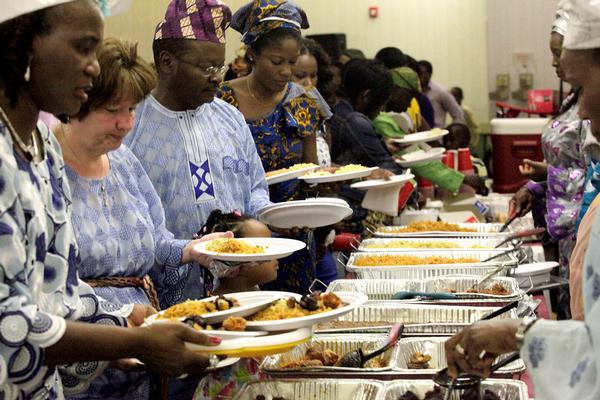 Apart from the Nigerian wedding staple foods, – Jollof rice, small chops and the likes – Yorubas have their unique foods, and attending their wedding almost guarantees a taste of amala and ewedu, ofada rice and iru sauce among others.

“There was a wedding I attended in May 2017, the amala, gbegiri and assorted meat were so on point that that was what all the guys there chose to eat instead of jollof rice,” Monisola says.

7. Aso ebi
Uniformity of family members and guests’ attires is also one beautiful elements of a Yoruba wedding that is difficult to miss. 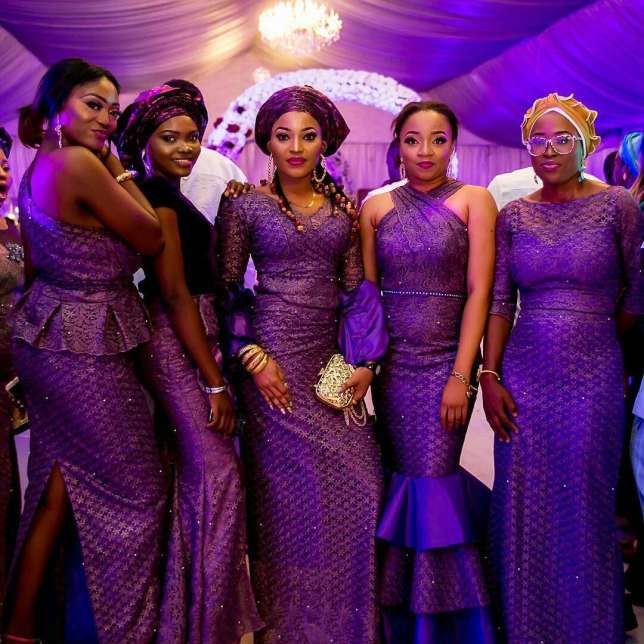 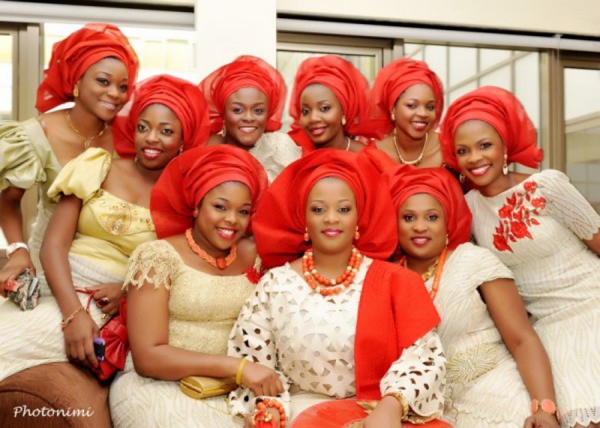 Yinka Quadri’s daughter, Fola is a hottie and these photos are proof