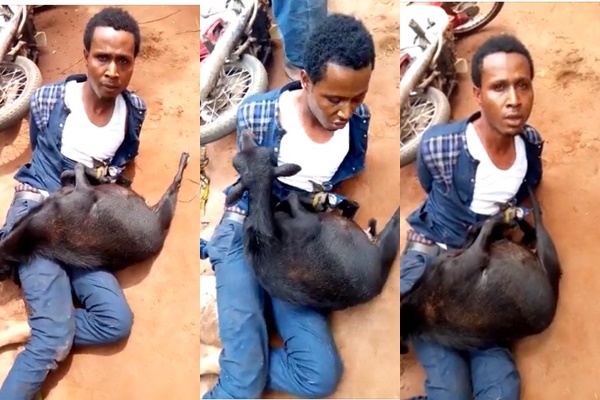 A man who claimed to be a pastor – got more than he bargained for after he was caught stealing a goat at Akukwa village in Igboukwu Town, Anambra state. The man who was seriously beaten and tied up along with the stolen animal identified himself as pastor Chinedu from Orifite area of the state. 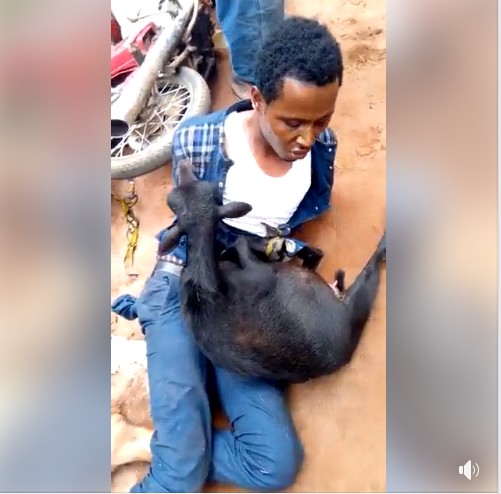 While being interrogated by the village vigilante members, the man revealed that he owns a church known as Key of Life Ministries in Ozubulu town but came to Igboukwu for an engagement. 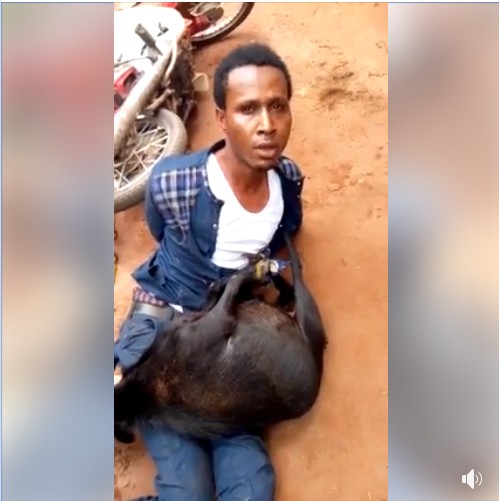 He confessed that he saw the stray goat and decided to steal it.

He was later handed over to the security for further interrogations. 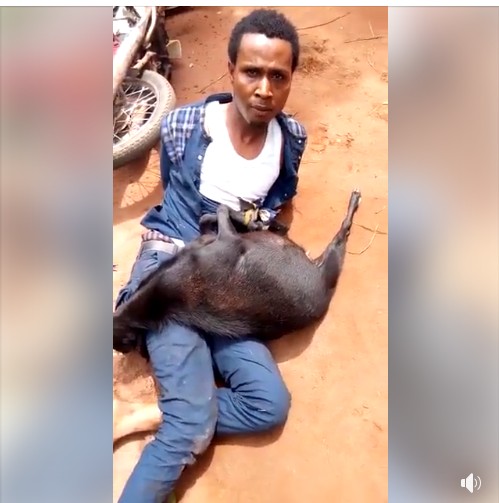