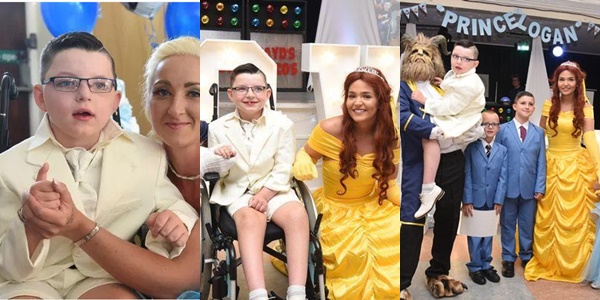 A sick boy’s last wish came true when he got to “marry” his mum in a lavish Disney-themed wedding. Seven-year-old Logan Mountcastle, who was diagnosed with an incurable genetic disorder in December, was all smiles as he tied the knot with mother Joelean in the pretend wedding.

Brave Logan was found to be suffering from Leukodystrophy, which affects the brain and nervous system, and told he has anywhere between three and 15 years left.

Dozens of friends and family turned up to Gainsborough Liberal Club in Lincolnshire to witness the Beauty and the Beast-style event. 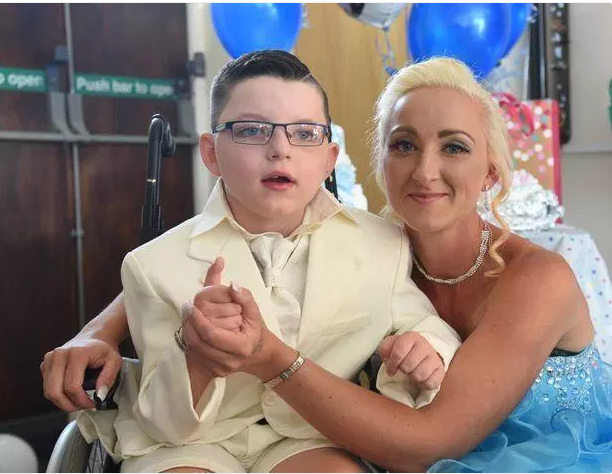 Guests were reduced to tears as little Logan, dressed as dashing prince, went down the aisle with Joelean, who said she was “overwhelmed” by the lovely day.

Instead of reading traditional wedding vows, Joelean made a promise to Logan, telling him she would always keep him safe.

Methodist minister Louise Carr said: “Obviously it is not a wedding really, it’s a family blessing and with promises to look after each other. It was privilege to be involved.”

The family first noticed something might be wrong when Logan fell over last summer, started walking to one side and complained his “brain was hurting”.

Doctors said nothing was wrong, and that he was a normal little boy, but an MRI scan eventually found him to be suffering from incurable Metachromatic Leukodystrophy (MLD). 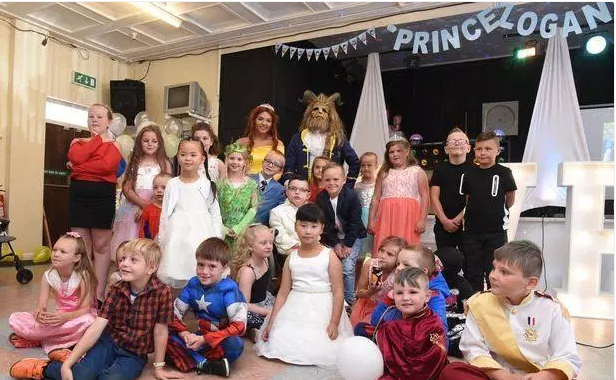 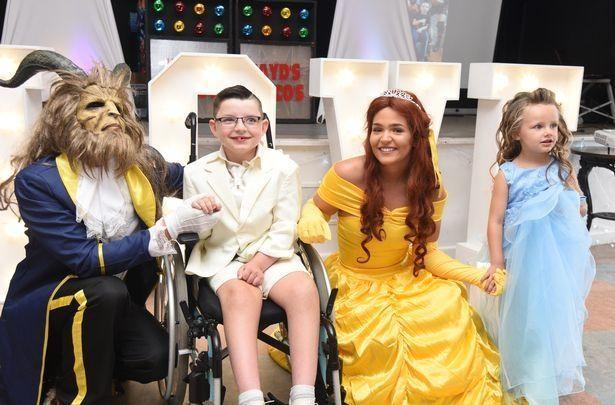 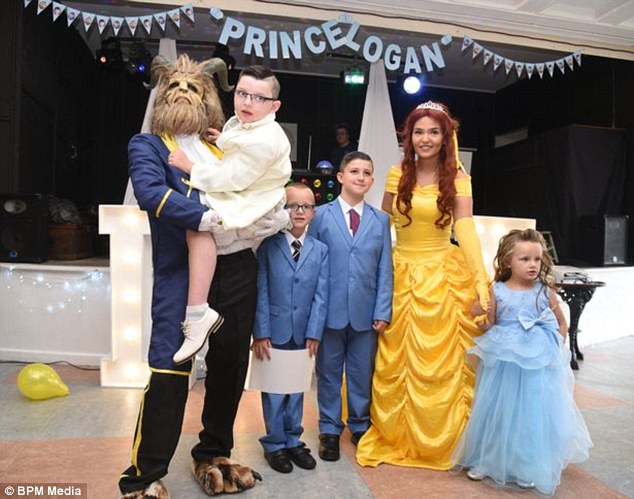