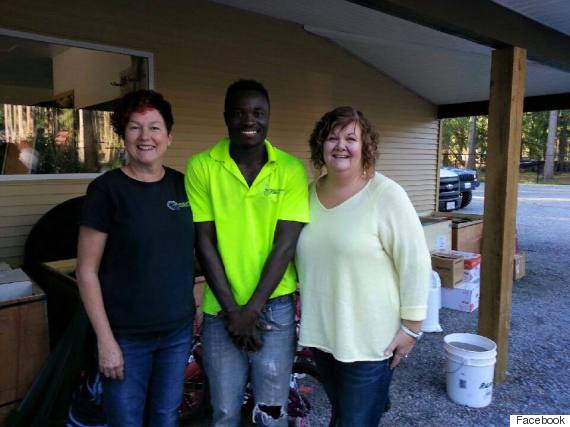 Meet Eric Manu; The African King Who Works As A Gardener In Canada, To Develop His Village

“It’s humility, every time I’m in Canada, I’m proud to work for my boss.”

After living in Canada for three years with his wife and boy, he returned to southern Ghana to play his role as monarch. “It’s a huge experience and you have to embrace it passionately, ” he said. ” It’s something of my heritage, my culture and my traditions. “ 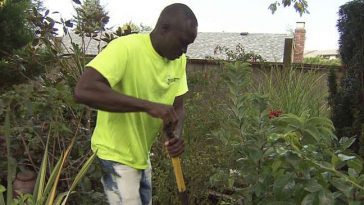 But only a few months after being installed on the throne, the head of the tribe Akan, located in the village of Adansi Aboabo no. 2, returns to this North American country to resume his old job. He returned to landscaping and gardening in Canada, with the goal of raising funds for his 6,000 members of the tribe.

“It’s humility, every time I’m in Canada, I’m proud to work for my boss.”

His boss, Susan Watson, set up a foundation called To The Moon and Back, which sent the young king a shipment of school supplies, clothing, laptops and medical supplies.

The owner of The Landscape Consultants, traveled to Ghana for the ceremony, and said: “They are beautiful inside and out, and they have absolutely nothing.”