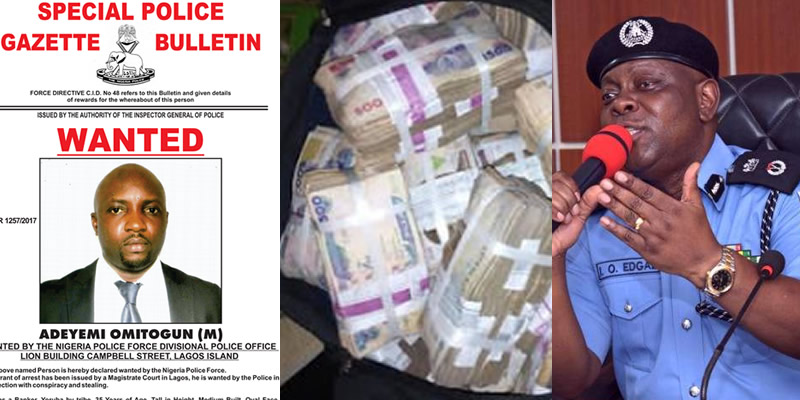 The Nigerian Police force has declared nine bankers wanted for stealing various amount of money from depositors of a new generation bank.

The police acted on petitions it received from the bank and its customers on the disappearance of a large sum of money from their various accounts.

READ: I stole car to raise money for marriage —Suspect