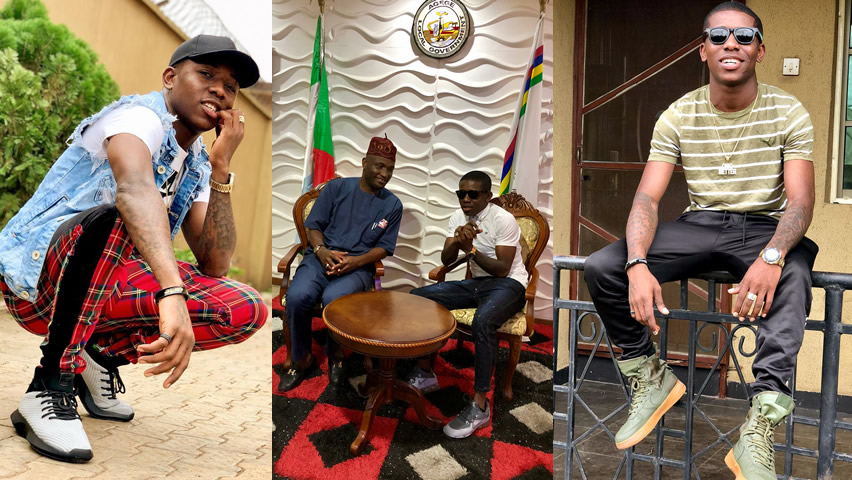 Popularly Nigerian Artiste, Temitope Adekunle aka “Small Doctor’’ and the Agege Local Council Area of Lagos State on Tuesday signed an agreement aimed at discovering and nurturing talented artistes in the community with “Agege to the world’’.

The partnership between Small Doctor and Agege LGA was confirmed by Mr Rotimi Sulyman, the Special Adviser on Media and Strategy to the chairman of the council, Alhaji Ganiyu Egunjobi, on Tuesday.

The News Agency of Nigeria (NAN) reports that the concert tagged: “Agege to the World,’’ is an initiative of OIT Dynasty Incorporation, Small Doctor’s record label.

Sulyman quoted the artiste who grew up in Agege neighbourhood as saying that the event is to breed future stars through entertainment activities.

He said that it was also to engage the youths of the area in productive ventures.

He added that Adekunle also known as “Omo Iya Teacher’’ said that the decision for the collaboration was to make the annual event enjoy government’s support and gain acceptability widely.

The singer also said that the concert would include: talent-hunt for musicians, dancers and deejays.

The PRO also quoted Adekunle to have spoken about his love for the community.

“I am an Agege ambassador and filled with love for the area.

“I always look forward to the opportunity to promote my neighbourhood to the point of composing a song for it, an anthem, in one of my songs.

“The concert will feature young talented dancers, musicians, and Deejays from Agege.

“In between it, I will have a motivational talk for the youths in attendance during which I will share my grass to grace story with them,” the 21-year-old Adekunle was quoted to have said.

Sulyman also quoted Egunjobi as paying tribute to the commitment of Adekunle to Agege.

The PRO said that Egunjobi enjoined other entertainment celebrities who had nexus with the community to emulate Adekunle’s nationalistic zeal.

“I must commend you for this initiative and opportunity given to the Council to partner with you on it.

“I must confess that we need more of programmes like this to take our restive youth population out of the streets and positively engage them.

“I say without fear of contradiction that Agege is the home of music in Nigeria given the high number of artistes including icons that at one time or another lived in this community.

Also speaking, the council Secretary, Gbenga Abiola, said that the concert was in line with the youth empowerment and wealth creation programme of the Egunjobi-led administration.

“The partnership support extended to the concert is on an account of the commitment of this administration to empower the youth.

“It is also to grow the economy of the area through productive engagement of our teeming youths,” he said.