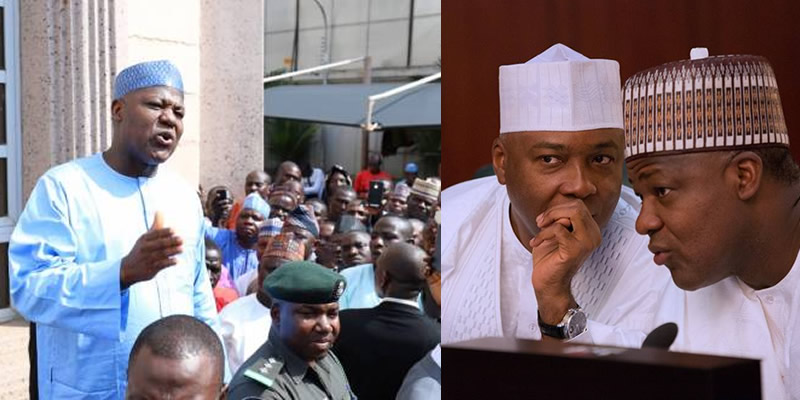 Mr Yakubu Dogara, the current Speaker of the House of Representatives, may have finally defected from the All Progressives Congress to the Peoples Democratic Party.

According to PUNCH, the embattled speaker had picked the PDP nomination and expression of interest forms to return to the House in 2019 on Wednesday night

A member of the National Working Committee of the party, who spoke with our correspondent on condition of anonymity,  said that the speaker had picked the forms.

“Yes, he had picked our forms, but don’t quote me, he has joined us,” the source said last night.

Dogara had two days ago expressed his desire to return to the National Assembly in 2019 when members of his constituents visited him in Abuja.

However, he refused to state the political party that he would use to facilitate his ambition.

The Speaker had been having running battles with the leadership of the APC in both his state, Bauchi and at the national level.

Just like the President of the Senate, Senator Bukola Saraki, who had defected to the PDP from the APC,  Dogara had also absent from the activities of the ruling party.

Our correspondent gathered that the decision by Dogara was necessitated by the fear that his party no longer had faith in him.

With this decision, it is expected that he would announce his defection to his colleagues in the House when the National Assembly resumes after the political parties’ primaries.