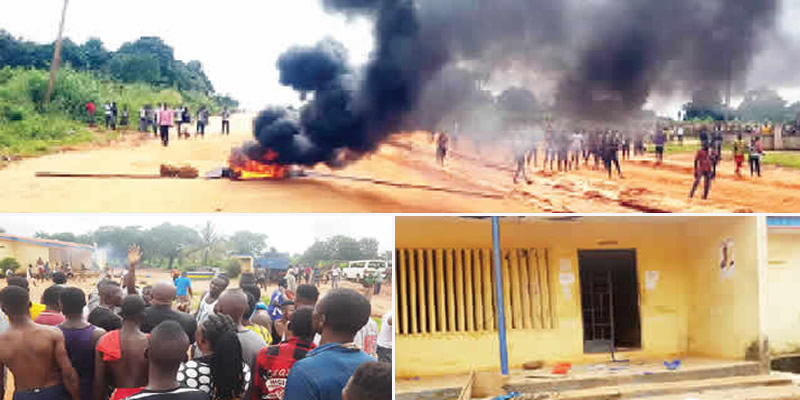 Two die during clash between police, youths in Anambra

Two persons have been feared killed at Awkuzu, in the Oyi Local Government Area of Anambra State after the police and youths in the area clashed on Wednesday over the death of an indigene.

It was gathered that youths attacked Nteje Police Station, accusing the police of killing their kinsman.

Newsmen were told that operatives of the Federal Special-Anti Robbery Squad at Awkuzu were mobilised to the scene of the incident.

During the clash between the police and the protesters, another youth was reportedly shot dead.

A source said, “A young man who was riding a motorcycle in the night tried to evade arrest and was hit by a policeman. He lost control of the motorcycle and died in the process. During the protest that greeted the incident, another youth was gunned down by the police. Human and vehicular movements were at a standstill for over three hours on the Onitsha-Expressway.”

The state Police Public Relations Officer, Haruna Mohammed, who confirmed the incident, however, denied the involvement of the F-SARS operatives.

Mohammed said, “There is a law prohibiting motorcycle riders from operating in the state from 7pm.

“A young man (who was riding a motorcycle at night), sighted some policemen and attempted to escape. In the process, he rammed into an oncoming vehicle and got injured.

“He died at a hospital. The youths in the area mobilised themselves that night and moved to the Nteje Police Station, accusing the police of killing their kinsman. But the police were quick to quell the protest.

“This morning (Wednesday), they mobilised again and attacked the police station for the same reason; the police also handled the situation.”

The police spokesperson said some of the youths had been arrested.